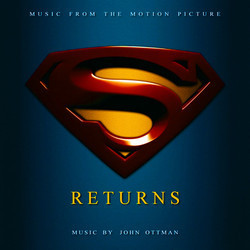 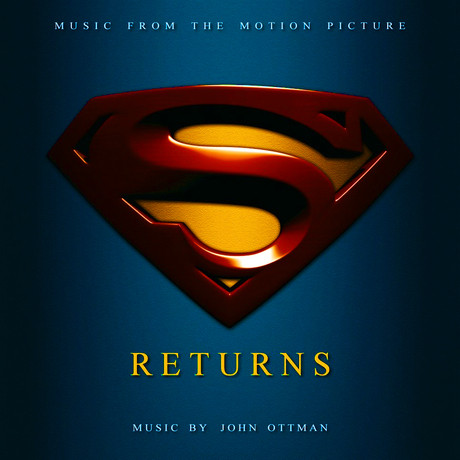 Show reviews in other languages
Superman Returns - 08/10 - Review of Tom Daish, submitted at 2010-10-08 22:06:36
After the highly successful reboot of the Batman franchise in 2005 in Batman Begins, it seemed inevitable that Superman would get the same treatment. Having said that, the trip from The Quest for Peace (the fourth, last and most diabolical of the original Christopher Reeve movies) has been a fairly tortuous one, including a brief stop at 'let's have Nicholas Cage play Superman' - an idea that fortunately went away (after Cage was paid more money not to do it than most of us earn in a lifetime). However, after his terrific X-Men movies, Bryan Singer seems the ideal choice and as does casting Brendan Routh, the same thing happened when Reeve was cast. Of course, with Singer invariably comes John Ottman as editor and composer. As I have noted elsewhere, on quirky, low key pictures, Ottman is fine, for something more spectacular he seems conspicuously unsuitable. Fortunately, Superman Returns bucks the trend.

Unlike the aforementioned Batman Begins where neither Danny Elfman nor Elliot Goldenthal's themes were used, replaced with a truly dire Zimmer/Newton Howard collaboration, Singer wisely decided to retain John Williams' classic march. True, it's over the top and unremittingly bombastic, but that's part of its charm and Superman is a comic book character who can stand to have an unremittingly heroic and upbeat theme. Even more impressively, many of the other themes get an airing, including the utterly gorgeous Smallville theme in Memories, the Fortress of Solitude in How Could You Leave Us? and Death and Transfiguration by Richard Strauss... sorry, I mean the love theme, Can You Read My Mind (despite the Straussian leanings, one of my favourite Williams melodies). My only gripe with the latter is where Ottman very occasionally changes the harmony, rendering it a little flat and simplistic, robbing it of some of its swooning richness. Then again, some of the more intimate arrangements are gorgeous, notably during the rapturous How Could You Leave Us?, one of the album's highlights.

Opinion on how effectively Ottman has incorporated the new themes has varied wildly, but beyond a composer writing an entire pastiche Williams score (or just re-arranging the original material as was done for the Reeve sequels), they fit at least as well as one could hope. Their use also seems to have made Ottman up his game somewhat, so the complexity, colour and imagination throughout are consistently impressive. It's quite refreshing to hear him go for broke rather than the rather half hearted approach of X2. The action is especially thrilling, notably Rough Flight and (the improbably titled) Not Like the Train Set, crackling away with the kind of energy that one hopes for in a score like this. Again, the main theme is worked in with surprising ease, Ottman actually making the effort to find different ways to use the melody, changing the harmony and imbuing it with some grit, rather than merely stating it whenever anything heroic is happening.

Unsurprisingly, Ottman's own themes aren't quite as memorable, but the heroic anthem in Memories might well have substituted for a main theme had Singer decided on not going with any of Williams' music. Another good choice was not to use March of the Villains, perhaps the weakest element of the 1978 score, Ottman's own theme for Luthor is much darker and infinitely more suitable. While the integration with the original melodies is as good as one could hope for, it's difficult to precisely assess how memorable the score would be without Williams' input. However, their use is fairly sparing and those passages without them are so effective that it's hard not to conclude that this is an extremely fine album, expertly played by the Hollywood Studio Symphony and Chorus.
Filmmusicsite.com Awards: Best Original Score (Nominee)