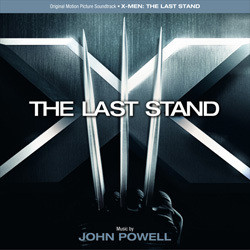 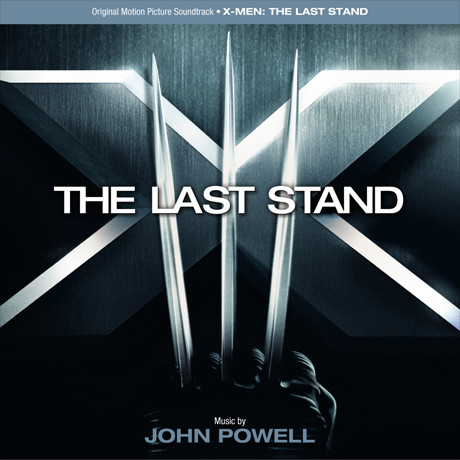 X-Men: The Last Stand - 08/10 - Review of Tom Daish, submitted at 2010-10-08 23:19:35
Musically, the X-Men movies have never quite found an identity, save for the fact that all three films have had main themes that are similar, if not actually the same. Michael Kamen was perhaps a little too restrained at times, but his effort had some very effective moments, John Ottman disappointed spectacularly for the first sequel, but with a change of director we get a third composer, John Powell. To say that I was positively salivating with excitement at the prospect of Powell being on board is both an exaggeration and an unpleasant image, but he would certainly have been close to the top of my list (and no, I don't think I'd have immediately gone for Danny Elfman, he'll get comic book score fatigue otherwise).

I must confess that my first couple of listens weren't immediately promising outside of a handful of obviously memorable moments - the exciting Bathroom (it makes sense if you've seen the film) Titles which introduce the main theme at full throttle, the soaring final moments of Angel's Cure, the sombre The Funeral, sounding curiously like John Barry, but actually a major key version of Powell's main theme and pockets of the occasionally raucous action. However, a few of the cues in the album's first half are a little dark and introvert, especially those relating to the rediscovery of Jean as she battles with the Dark Phoenix within. However, as Dark Phoenix takes over, they build into something more disturbing leading to the apocalyptic Dark Phoenix's Tragedy where Powell's orchestral maelstrom and marvellous Dark Phoenix theme are a sublime accompaniment to the film's most powerful scene (whose visual effects, incidentally, are notably impressive and add to the impact immeasurably).

This being 'the last stand' the latter stages of the score accompany the climactic battle between, well, not quite good and evil, but righteous mutant and self righteous mutant. Powell scores the final battle with plenty of energy, if perhaps a little more bluster and less clarity than his usual. While reviews of the film have been mixed - I thought it was terrific, my only complaint being that it wasn't a little longer - the score has been generally well received and with good reason, The Last Stand is another hugely enjoyable effort from Powell filled with a myriad of fine themes and the orchestral fireworks that are expected for a film of this type. With this, Ice Age 2 and the rather more sobering United 93 in 2006, he continues to demonstrate his skill to composer in a variety of genres and, importantly, largely retain his own musical voice. Another winning effort.
X-Men: The Last Stand - 08/10 - Review of Andreas Lindahl, submitted at 2008-01-20 21:25:40
Third time's the charm. Michael Kamen's score for the first film in the X-Men trilogy was a disappointment, as was John Ottman's musical contribution to the second. But John Powell finally got it right - his score for the final and third X-Men film is one of the most entertaining and impressive scores so far in 2006. It's grand, orchestral music, which to some degree builds on Ottman's music for the second movie. Especially Ottman's thematic material, which is hinted at a couple of times, such as in the opening "20 Years Ago". But other than that, Powell creates something that truly can be described as his own creation.

It is without doubt the largest - both sonically and in pure scope - score that Powell has written yet, and his utilization of choir, pounding brass and percussion, as well as some electronics creates a very strong score with lots of highlights and memorable parts. Powell continues to impress and demonstrates a talent for melody, layers and texture that without doubt will be useful as he continues his steady climb to the top tier of Hollywood composers.

The score is rythmic and militaristic, with excellent choral outbursts filled with grandeur and power. However, parts of the score are actually quite the opposite, with intimate and moving music, such as parts of the closing track, "The Last Stand", which boasts some lush, beautiful writing for strings, that thankfully never gets overly sugarly. Powell basically manages to keep the score perfectly balanced between drama and action.

"Dark Phoenix's Tragedy" is an excellent action piece, with lots of brass and percussion. Snare drums, pounding timpani, brass fanfares and anvil hits - it's all there. "St. Lupus Day" is a nice mix of both action and drama, with an exciting string ostinato, coupled with staccato chords by the flutes. There are more examples of noteworthy music one has no problem returning to again and again, but I'll let you discover those yourselves.
Filmmusicsite.com Awards: Best Original Score (Nominee)