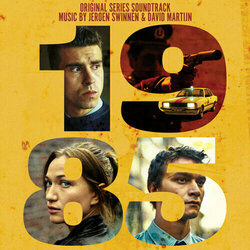 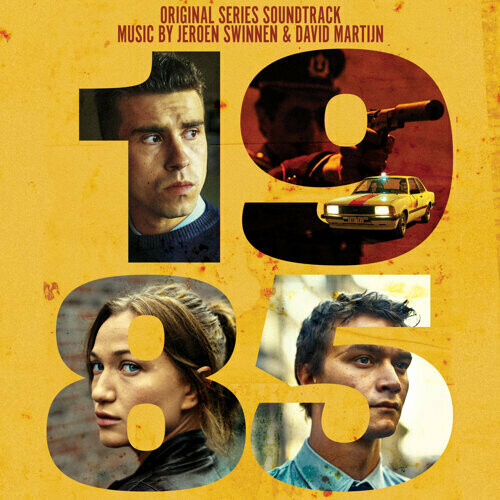 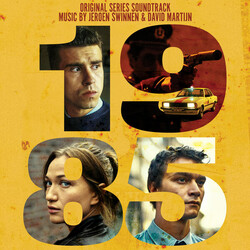 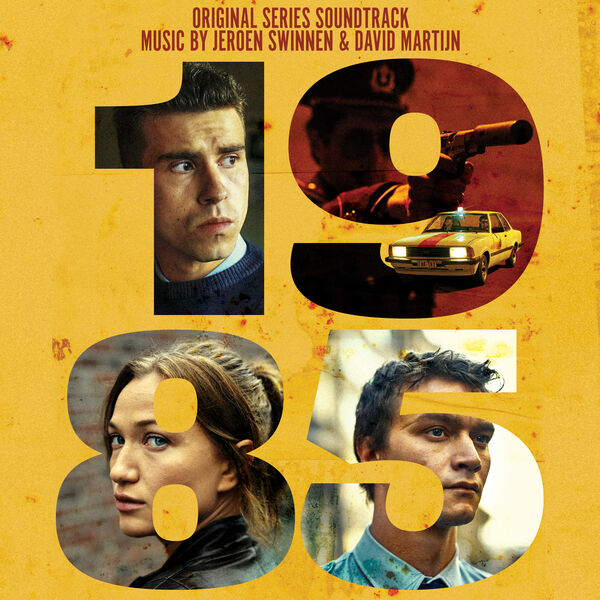 VRT MZK presents a soundtrack for the Belgian TV series 1985. The album contains the music composed by Jeroen Swinnen and David Martijn. (https://www.vrt.be/vrtnu/a-z/1985/)

VRT MZK presents a soundtrack for the Belgian TV series 1985. The album contains the music composed by Jeroen Swinnen and David Martijn. (https://www.vrt.be/vrtnu/a-z/1985/)

The soundtrack is available to download on Amazon and digital music services.

In 1980, a young woman, her brother and his best friend set off on the adventure of adult life. Brimming with good intentions, they embark on a promising future.
Vicky as a law student at Universitť Libre de Bruxelles, Marc and Franky as recruits with the Belgian Gendarmerie.
But in the years that follow, they each lose their innocence and illusions. Just like their whole country, they sink deeper and deeper into a swamp that came to be called the Nijvel Gang.

Jeroen Swinnen:
Belgian composer, multi-instrumentalist, and producer Jeroen Swinnen has carved out a reputation for fusing brooding string scores with electro-synthpop, post-rock and indie sounds.
Aside from years of touring with some of Belpopís finest alternative acts, he more recently branched out into television soundtracks, including the acclaimed score for ďHotel Beau SťjourĒ and ďThe TwelveĒ on Netflix.
Even though he began his career writing songs and playing keys in electro-punk bands like Vive La FÍte (a side-project from dEUS bassplayer Danny Mommens and Els Pynoo), Swinnenís entry into the world of almost neo-classical television soundtracks is no accident - both his parents are classical musicians and from a very early age he was surrounded by music.
Rooting himself in the piano, he later also picked up the bass, guitar and also fronted bands as the lead vocalist in his teens and early twenties.

David Martijn:
David Martijn (1980) is best known as the guitar & synth player of the award winning Belgian electro rockband GOOSE. He spent most of his formative years bent over a pedal board with a Flying V strapped around his waist before discovering a passion for synthesizers.
David discovered electronic soundscapes when he acquired his first analogue synth by the end of the millennium.
He recorded early experiments on a four track recorder in his bedroom which he today describes as Ďwhales playing Pink Floyd coversí. Throughout the years, David has become one of Belgiumís most renowned synth enthusiasts.
The visual arts were always an important inspiration for Davidís work. From the cinematic energy in his own musical creations, to his love for experimenting with photography.
A shared love for vintage synthesizers & photography resulted in David creating soundscapes for the premiere of Carl De Keyzerís exposition ĎMoments before the Flood (Aller Retour)í.
These pieces were eventually reworked as the soundtrack for Jimmy Ketsí documentary on Carl's work ĎOdysSeaí. In 2018 Davidís career as a film score composer really took off when he was asked to write the score for the prestigious TV series ĎThe Dayí.
He composed, recorded, produced and mixed every song for this television drama.
In 2019 he composed the soundtrack for Wouter Bouvijnís new ťťn-series ĎThe Twelveí and he worked on Gilles Coulierís 8-episode international sci-fi series ĎWar of the Worldsí (Fox, Canal Plus).
In 2020 he will compose ĎRed Lightí, a new international series written by and starring Carice Van Houten and Halina Reijn.