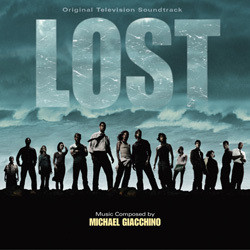 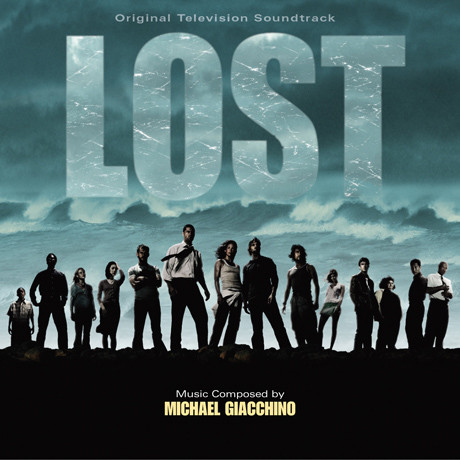 Show reviews in other languages
Lost - 06/10 - Review of Oscar Flores, submitted at 2008-06-27 04:53:46
LOST has been, unquestionably, one of the most popular TV shows of the last few years. This show has kept many fans trying to solve all types of riddles and problems that the producers created within the show. Fans will argue that this show has everything: drama, suspense, humor, action, etc. Once again, J.J. Abrams proved to critics and viewers around the world that he could create an innovative new TV show that would be critically acclaimed. Not surprisingly, he chose Michael Giacchino to do the music. Even though hardcore fans of LOST will defend everything related to this show, Michael Giacchinos first season score is a disappointing effort.

As expected, J.J Abrams, the producer of Lost, decided to compose the main title himself. Well, I dont know if that can be called composing; its just sixteen seconds of an evolving pad  one that could easily be found in one of the thousand sample libraries out there.

The Eyeland is an eerie piece with the usual tremolos and crescendos that establishes the mood for the rest of the score and the show. Of course, dont expect to hear melodies or any thematic material within this track  or on most of the other tracks in the score for that matter. Nonetheless, as an atmospheric piece, it works well with the imagery. Run like, umhell? starts as a solid chase/action sequence with the usual ostinatos and timpani; however, towards the end, this piece dissolves into nothing more than a motionless sonic pad with no interesting harmonies supporting it.

Tracks like Hollywood and Vines and Departing Sun offer short glimpses of Giacchinos better mastery of string arrangements. Unfortunately, these phrases are very short and never evolve into something that one could enjoy for more than one minute.

In more than a few tracks of the score, youll hear that a piece will spend 90% of the time with creepy atmospheric sounds or some slow progression of orchestral instruments, but towards the end, itll incorporate dissonant strings and the obligated brass crescendo. This gets too repetitive and annoying. Sure, a piece needs a buildup towards a particular hit-point, but there are other ways of doing this. More importantly, it seems like Giacchino becomes too dependent on the pads to fill the sonic space, which allows him to use very few supporting sounds and instruments within each individual track.

Win One for The Reaper is a very disappointing piano cue that is weak, simple, and boring. A little motif is introduced with the usual I, vi, I, IV, V, I progression in the key of B flat Major, but not a single modulation into another key is made. Composers in the Hollywood realm should at least try to create a piece that doesnt look as if an 8-year old had done it. Unfortunately  or fortunately, depending on your appreciation of music  this motif will appear in other parts of the score, like Charlie Hangs Around and Life and Death. Interestingly, in the first part of Charlie Hangs Around, we hear some of Henry Manfredinis influence on Giacchinos suspenseful string writing. But, its Proper Motivation that sounds almost identical to those wonderful chase sequences Manfredini scored for the Crystal Lake Camp residents .These lines have to be amongst the only commendable musical moments of the score.

Getting Ethan begins as a promising piece  I was even ready to call it my favorite piece of this CD  unfortunately, it quickly fades into an obscure piece with no musical substance holding it together. In fact, many of the pieces suffer from this very same problem. They all have the potential of becoming interesting pieces that could work well both on-screen and off-screen, but ultimately fail to achieve the latter. Nevertheless, there is one track that works well off-screen: Ive Got a Plane to Catch. This is, undeniably, the most entertaining track on this CD. This piece has an engaging rhythm and instrumentation that most people will appreciate and enjoy. Too bad I cannot say the same thing for most of the other tracks on the album.

Overall, the album is nothing more than a collection of atmospheric tracks with very few interesting musical phrases, melodies, and harmonies. Giacchinos nine-note piano theme used throughout the score is way too simple to be considered a great leitmotif. Im sure many people will like its simplicity, but I still think Giacchino couldve done much better. This is a wasted opportunity for Giacchino. He had the opportunity to create powerful themes that viewers could instantly associate with the TV Show. In the end, he relies too heavily on atmospheric sounds that are very difficult to appreciate as musical pieces  only hardcore fans of the show could argue otherwise.
Lost - 07/10 - Review of Tom Daish, submitted at 2010-09-11 09:30:22
It seems that the more stress there is in daily life, the more the idea of totally getting away from it all is thrown at us through our telly boxes. Whether you want it at the movies, as in Castaway, on reality television in Shipwrecked or television fiction, Lost, there are no end of visual entertainments where one can view pretty, largely obscenely stupid people prance about on beautiful beaches. Of course, Lost takes a somewhat darker course than reality television, although I'd probably watch reality television if I thought they might let a polar bear loose amongst the contestants. I'd also watch if they had blimp sized people rather than the usual parade of perfect bodies. It'd be fun trying to watch Greenpeace refloat them. (I used to be blimpy and so am entitled to such jokes - go to a gym people!)
After a decade of most TV phenomena being comedies (Friends etc) drama is the new big thing and Lost perhaps the biggest of them all. Of course, it helps that budgets these days are astronomical and the quality of actors who can be attracted to such projects consistently high. Needless to say, I watched two episodes, couldn't really work out what was going on and rapidly lost interest, however I'm reliably informed that it's gripping, somewhat surreal and it's easy to become hooked. Given his working relationship with JJ Abrams on Alias, it was fairly inevitable than Michael Giacchino would contribute the music. Having said that, his film commitments these days are extensive and he's evidently one of Hollywood's hardest workers at the moment.

In a rather curious tradition of producers providing or somehow contributing something to the theme tunes of their shows, Abrams receives credit for the ridiculously short Main Title. In truth, it's not much more than a synth sting, but is a nicely eerie way to kick off. Giacchino's music falls broadly into three categories, creepy and suspenseful, action packed and unexpectedly lovely. The Eyeland (one of several curious puns in the track titles) is distinctly in the first of these three modes, but Giacchino turns what could be pretty feeble material into something rather good, leading into the first example of some of the album's fine action music. Indeed, the aggression and inventiveness of the action music throughout is of a consistently high quality, but special mention must go to Monsters are Such Interest People and the Run Away! Run Away! (someone's been at the Python again).

Of the gentler material, the highlights are towards the end, in particular the final track Oceanic 815, even if it closes on a rather darker and unresolved note. Equally lovely is Navel Gazing which is an ideal respite from the intense material elsewhere, featuring some very fetching guitar writing. There is certainly some very accomplished writing here and a few repeating motifs that tie it all together in a way that often doesn't occur in television scoring. Having said that, none of them quite constitute major or hugely memorable thematic material (not as in his Medal of Honour or Incredibles scores), but - and without wishing to damn with faint praise - Lost stands at the top level of underscore craftsmanship, even if it lacks that one big tune to push it into the truly great. Still, a fine album and some of the best television scoring to be found anywhere at the moment.

Soundtracks from the collection: Lost