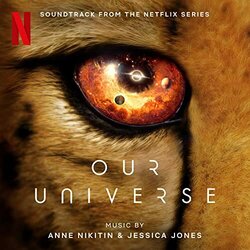 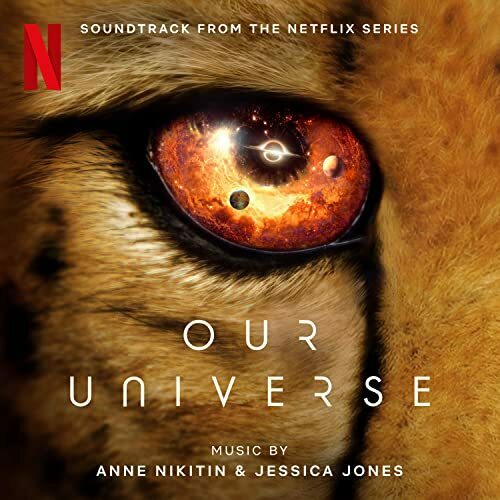 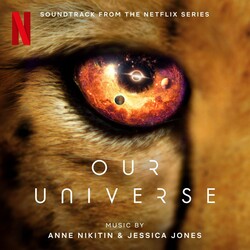 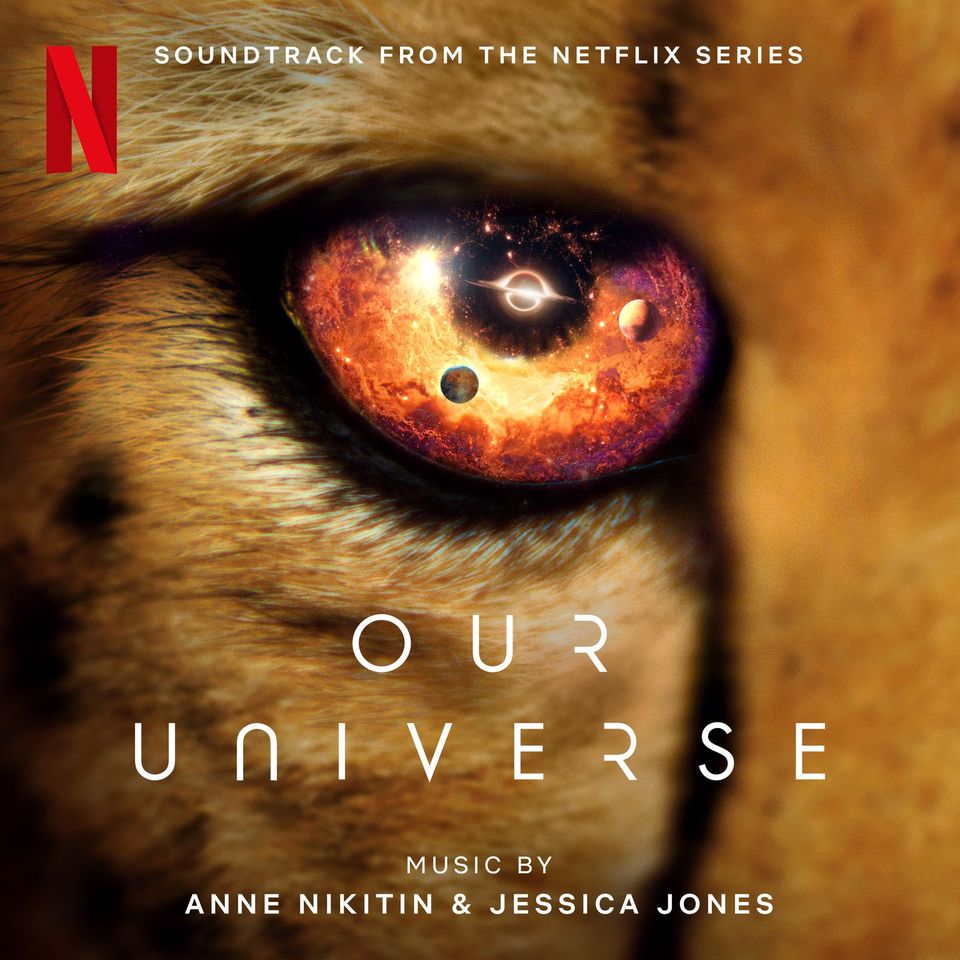 Netflix Music digitally releases Our Universe (Soundtrack from the Netflix Series) with Music by Anne Nikitin and Jessica Jones. From BBC Studios and narrated by Academy Award-winner Morgan Freeman, comes this unprecedented six-part series, an epic tale 13.8 billion years in the making. Blending stunning wildlife footage with eye-popping cosmic special effects, it takes viewers on a fascinating adventure to explore the connections that drive our natural world.

Netflix Music digitally releases Our Universe (Soundtrack from the Netflix Series) with Music by Anne Nikitin and Jessica Jones.

From BBC Studios and narrated by Academy Award-winner Morgan Freeman, comes this unprecedented six-part series, an epic tale 13.8 billion years in the making. Blending stunning wildlife footage with eye-popping cosmic special effects, it takes viewers on a fascinating adventure to explore the connections that drive our natural world.

From the birth of the Sun to the birth of a sea turtle, Our Universe uses groundbreaking animation to dramatize the spectacular celestial forces that generated our solar system, while modern camera and CGI technology bring the audience up close and personal with some of the most iconic, charismatic animals on Earth.

Our Universe begins streaming exclusively on Netflix on Tuesday, November 22.

Speaking about their collaboration co-scoring the new nature docuseries, Anne & Jessica jointly stated, 'We’ve been working together on various productions for a number of years now and began co-composing when we realised that our compositional styles and approach to projects are very similar.
Through our collaborations, a deep respect and friendship has grown. It’s always such a laugh working and recording together. We share the load, bring ideas to the table that we might not have thought of individually, and feel supported when the going gets tough, as it often does in this industry.
We're partners in crime!'

Anne Nikitin is an Ivor Novello and Emmy-nominated composer. She is known for her creative and versatile approach in amplifying suspense and emotion in award-winning documentaries, narrative dramas and drama-series. In 2022, Anne scored Lionsgate/Starz’s new series Dangerous Liaisons, both the Netflix nature docuseries Our Universe and the documentary feature The Mystery Of Marilyn Monroe: The Unheard Tapes, as well as the Emmy-nominated Hulu Original Series The Dropout starring Amanda Seyfried.

Scoring for feature films, Anne recently completed the music for I.S.S. – a thriller set in space, starring Ariana DeBose and directed by Gabriela Cowperthwaite; and is currently scoring Mother’s Instinct – a dark thriller starring Jessica Chastain and Anne Hathaway, and directed by Benoit Delhomme.
She has written the scores for Bart Layton’s critically acclaimed heist movie American Animals and the BAFTA-winning film The Imposter. Other credits include Lost Girls, a Netflix movie starring Amy Ryan and Gabriel Byrne; as well as the family fantasy movie Four Kids And It based on Jacqueline Wilson's novel starring Sir Michael Caine and Russell Brand.

Anne enjoys writing in a variety of styles but has an affinity for dark, moody, atmospheric music, growing up on heavy doses of goth, indie rock, and 90s electronica, as well as classical avant-garde composers.
From sweeping orchestral scores to dirty guitars, mesmeric synths and delicate piano refrains, she creates unique sound worlds spanning a wide range of genres.

Anne was born in Canada to Romanian and Polish parents and grew up in various countries around the world.
She immersed herself in books, films, and contemporary music while studying Composition and English Literature at McGill University in Montreal, and was awarded a Socan prize for Young Composers of Canada.
She completed her Master’s in Composition for Screen at the Royal College of Music in London where she studied with Dario Marianelli, Gabriel Yared, and assisted George Fenton. Her lucky break came in 2006, when she won the BBC New Talent, New TV Composers scheme and went on to compose scores for major UK and US broadcasters.
She was named Classic FM 2018 “Composer to Watch” and a “composer who should be on your radar” by Film4.

Anne is a voting member of BAFTA, The Ivors, and The Academy of Motion Pictures.

Jessica is a BAFTA new talent winning composer for film and television best known for her Emmy and HMMA nominated score for Netflix’s ‘The Tinder Swindler’, which broke records as the most streamed documentary ever.

In addition to her scoring work Jessica is one half of the duo Vanbur. After the release of their debut EP ‘Human’ in 2018 they have been consistently featured on Spotify editorial playlists including ‘Not Quite Classical’, ‘Classical X’ and ‘The Most Beautiful Songs in the World’.
Their music has found its home on productions including ‘Virgin River’, Amazon’s ‘Hanna’ seasons 2 and 3, ‘Station 19’ and ‘The Rising’.
They have worked with classical label ‘Deutsche Grammophon’ to create their singles ‘Falling Colour’ and adaption of ‘Carol of the Bells’.

Jessica studied composition at the Royal Conservatoire of Scotland in Glasgow before going on to do a Masters in composing for film and television at the NFTS. Jessica loves to use her voice in her own scores as well as creating delicate textures on her upright piano and violin.
She is very at home writing for strings and especially likes combining larger scale sounds with more intimate, raw experiments in her home studio.
Her voice has featured on TV scores including Music and Sound Awards nominee ‘Little Birds’ as well as ‘Reframed: Marilyn Monroe’