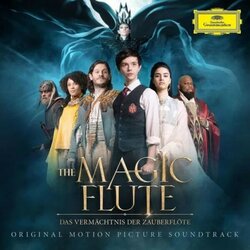 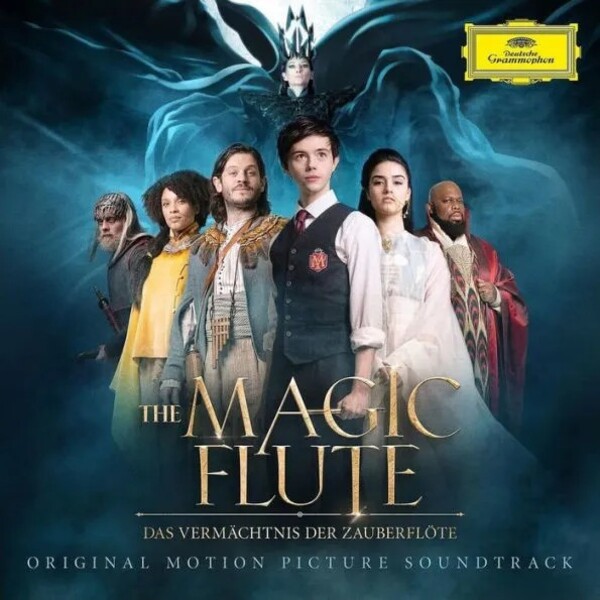 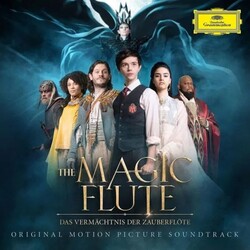 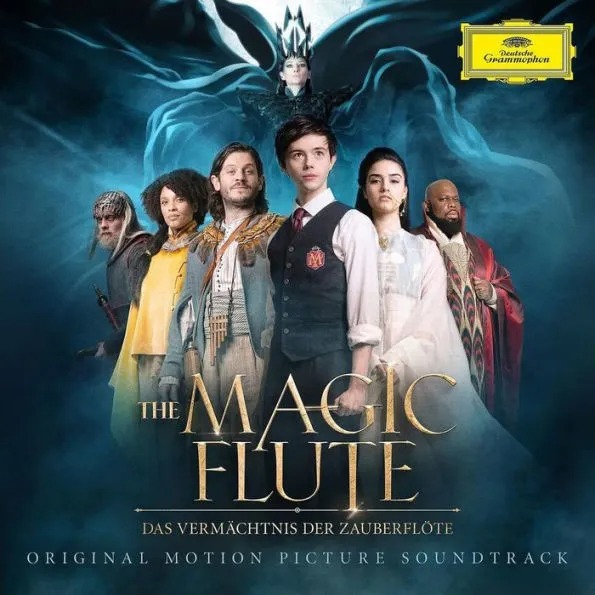 The Magic Flute – Original Motion Picture Soundtrack comes out, 4 November 2022 digitally (in both English-and German-language versions) and on CD (German only), ahead of the film’s release in Germany, Switzerland and Austria on 17 November and in the US and rest of Europe in early 2023.

The film follows the journey of Tim, a singing student from London who wins a place at the legendary Mozart school in the Austrian Alps. There he discovers a secret portal to another world in which he becomes Prince Tamino.
Accompanied by the bird-catcher Papageno, he pursues a quest to rescue Princess Pamina from her wicked mother, the Queen of the Night. The plot weaves Mozart’s opera into the story of Tim’s love for the aloof Sophie and his audition for the part of Tamino in the school’s production of The Magic Flute.

The film is the directorial debut of Florian Sigl, who trained as a classical musician and studied with Romanian conductor Sergiu Celibidache at Munich’s Richard Strauss Conservatory before turning to filmmaking.
He and the production team approached film composer Martin Stock, who as a student spent time training with Ennio Morricone, to help realise their ambitious musical and visual dreams.
Having initially feared their call might be a prank, Stock was then delighted to accept the dual challenge of both writing new music and adapting an operatic masterpiece.

“At first I thought, The Magic Flute, woven into a Harry Potter-like story – great!” he recalls. “But then I realised I had to write a score that would be juxtaposed with Mozart’s brilliant music.”
“It was clear from the start that we would leave Mozart’s composition untouched, except for a few cuts or transitions,” he adds. “We wanted an opera, not a musical, and an opera embedded in a fantasy story. It was also important to me to support the different aspects of the plot musically, both the action-adventure sequences and the love story.”

Built from memorable melodies and vivid instrumental colours, his original score graces the school scenes and creates the perfect connection between them and the fantasy realm beyond the magic portal.

As the film’s Musical Director, Stock also arranged the Mozart score, oversaw the dubbing process for the film’s German-language version (which features some members of the international cast as well as calling on a number of German-speaking actor-singers) and supervised the casting process.
“Mozart’s own approach of composing for an existing ensemble and, for example, tailoring the role of Papageno specifically for Emanuel Schikaneder was one of our guiding principles”, he explains. “Authenticity and acting versatility, as well as musical talent, were crucial, so we opted for a mix of children, actor-singers and established opera stars.”

Villazón was involved in the film-making process from an early stage, as Sigl was eager to consult the Mozarteum Foundation in Salzburg of which the singer is Artistic Director.
Together with Dr Ulrich Leisinger, the Mozarteum’s Director of Research, and Rainer Heneis, its Managing Director, the singer provided the director and his team with valuable advice. The resulting movie is the first to enjoy the official support of the Mozarteum.
“The Magic Flute is a brilliant, modern adaptation of Mozart’s cult opera,” says Heneis, “and I am certain that the film has the potential to become a cult classic in its own right.”

17-year-old Tim Walker as he travels from London to the Austrian Alps to attend the legendary Mozart boarding school. There, he discovers a centuries-old forgotten passageway into the fantastic world of Mozart's 'The Magic Flute.'