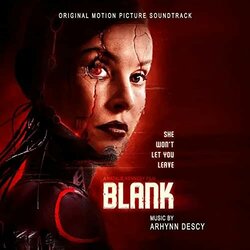 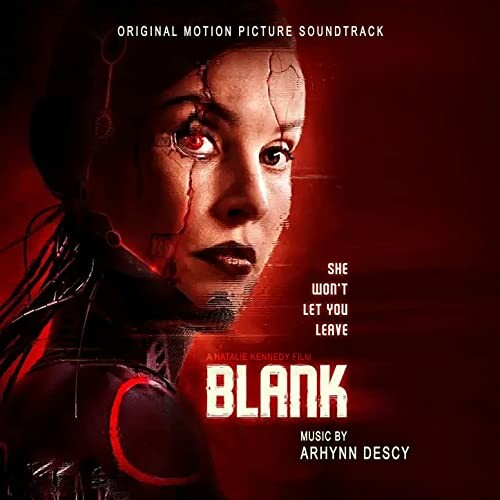 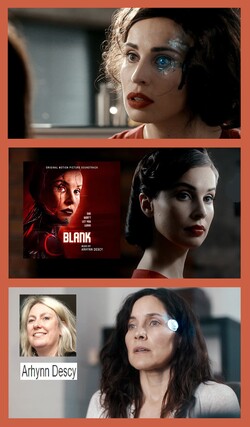 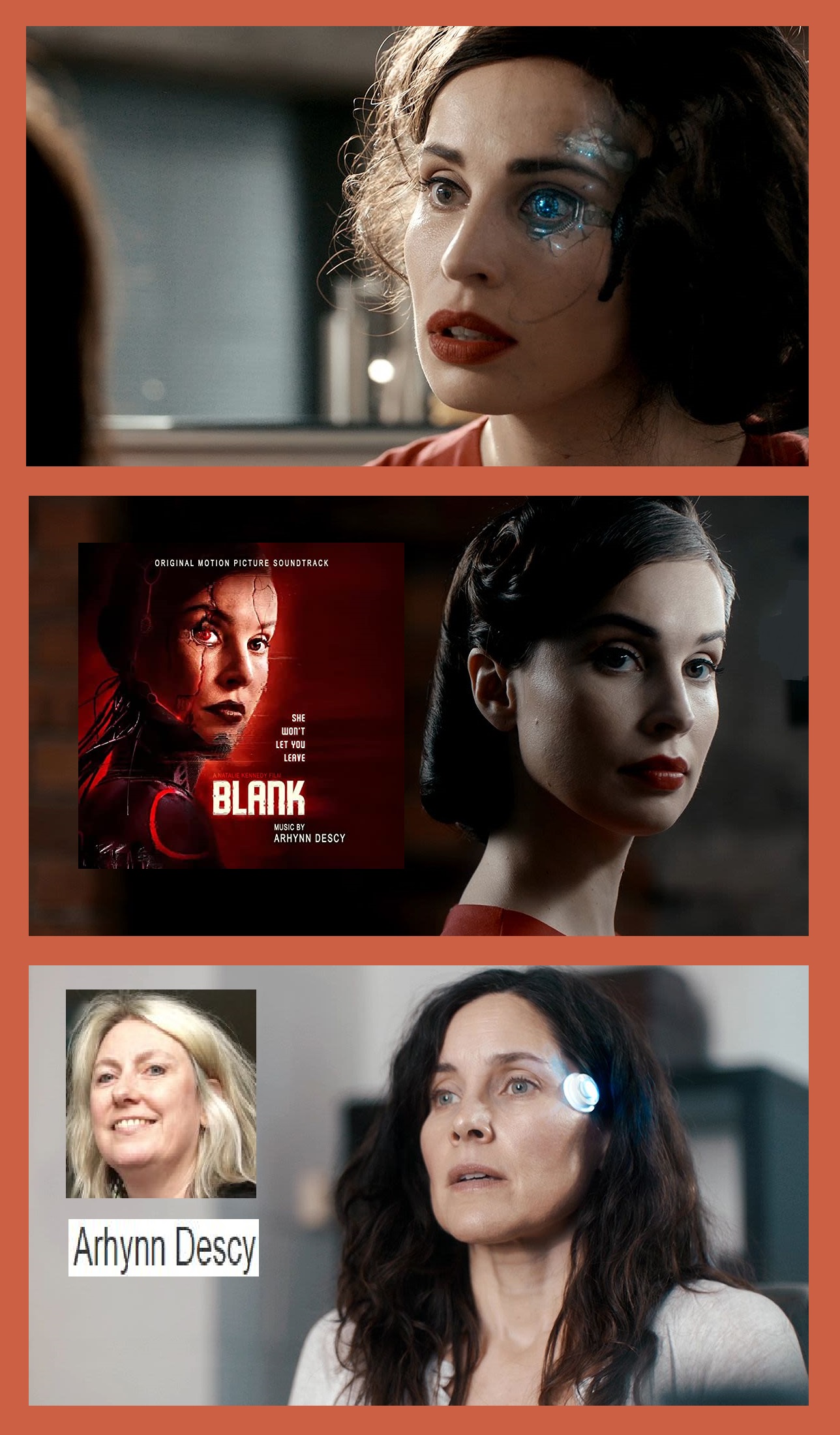 The soundtrack is available digitally since September 23, 2022.

In Blank, struggling author, Claire Rivers signs up for a fully A.I. operated retreat to help her writer’s block, but when an unforeseen software glitch occurs, she gets trapped inside her unit with a malfunctioning android, a degenerating host and no communication with the outside world.
As time is running out, food supplies getting desperately low and the android becomes increasingly unstable, Claire must overcome her fears and find a way to outsmart the technology in order to make it out of the retreat alive.

Natalie Kennedy – Director - Statement
It was clear in the early stages of working with Arhynn that her composition style would bring the essential sense of tension and unease so instrumental in the creation of the right tone and atmosphere for the film.
As with other features in this genre the environment created by the soundtrack so heavily influences the end result and audience reaction.
From gentle beginnings with a sense of unknown menace, to the stark realities of entrapment, threat and an insistent sense of foreboding, Arhynn’s skill and grasp of the concept shine through.

Arhynn Descy – Score Composer - Statement
It was an utter pleasure working with Natalie on Blank. Her very clear vision allowed me all the space in the world to use my creativity to realise that vision.
There are two strands in this film and I knew from the beginning that I wanted to create two different, yet complementary sonic worlds to reflect these strands, which appear in multiple ways; real person vs AI, present day vs past, outside vs inside, truth vs story.
And so I crafted a sound world that reflected all these ‘twos. Synth and programmed instruments were combined with ‘real’ recorded piano and violin, the latter reaching a climax of human emotion, played beautifully by violinist Francina Moll Salord in the final showdown between Claire and Rita – real person vs AI.
Correspondingly, the piano features its own duality in the score – a ‘real’ piano vs a broken piano and, as in the story, the two sound worlds collide and impact each other as they inevitably must.

Arhynn is a French/South African composer and pianist who divides her time between London and LA. She has written music for feature films, shorts, documentaries, the stage as well as for orchestra and a variety of solo instruments. Blending orchestral and electronic elements, she enjoys bringing different genres and styles together, creating a sound world unique to each project.
Arhynn is a full voting member of the Academy of Motion Picture Arts and Sciences. She has served on the film music jury for the Ivor Novello awards and the Polish Film Festival in LA, she has been awarded an LAFCI fellowship with the Oscar-nominated David Newman in LA, and has earned a Masters in Composition for Film and TV as well as diplomas in Piano. She has a chapter dedicated to her in the book It's Simply Filmmaking: A Guide to Creating a Successful Career as a Female Filmmaker by Cali Gilbert.
When outside of her studio, Arhynn can frequently be found flying a small airplane somewhere in the blue sky.