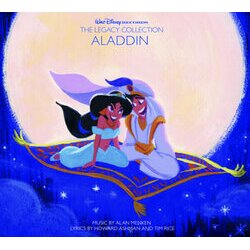 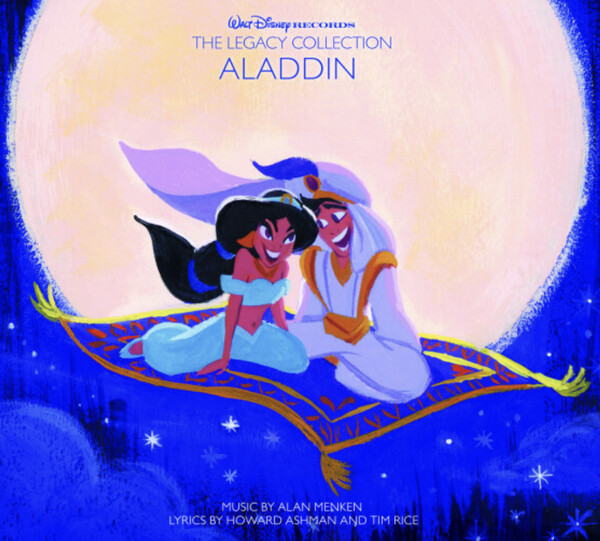 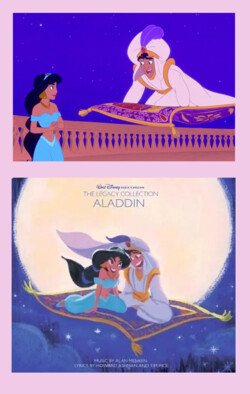 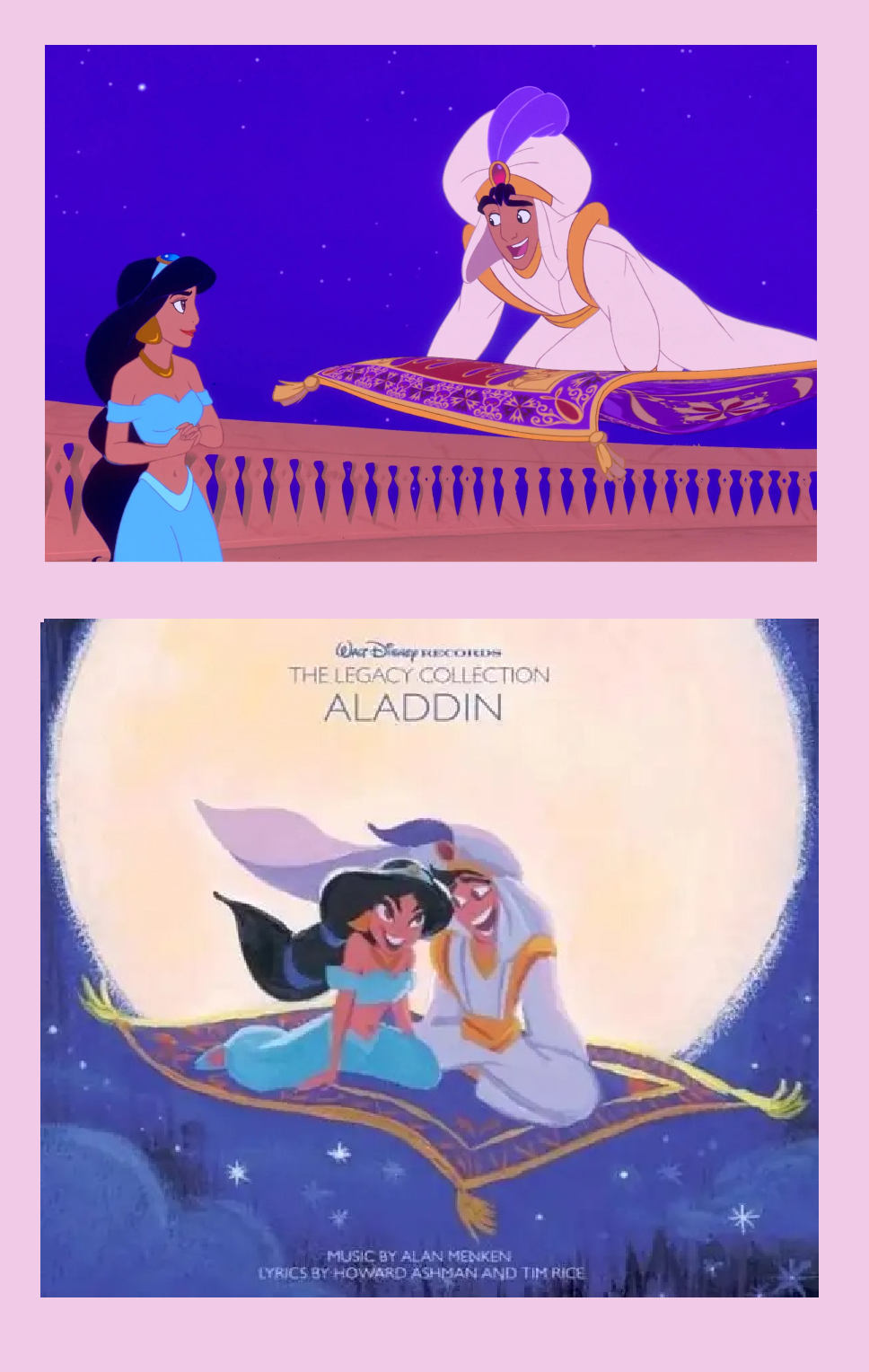 Walt Disney Records will release a new soundtrack album for 1992’s animated classic “Aladdin” which will coincide with the movie’s 30th anniversary.

Walt Disney Records will release a new soundtrack album for 1992’s animated classic “Aladdin” which will coincide with the movie’s 30th anniversary.

The 2-CD set is now available for pre-order on the Disney Music Emporium website.
A digital version is also expected to be released soon.

'When it re-emerged, only two of those songs remained; “Friend Like Me” and “Arabian Nights”. “Prince Ali” came shortly before Howard’s passing. And, after a brief flirtation with writing the lyrics myself (“You Can Count On Me”) I began a new collaboration with Tim Rice, which resulted in “One Jump Ahead” and “A Whole New World”. With me also having to assume the role of music producer alone, the film of “Aladdin” was a huge growth experience for me.'
- Alan Menken

A merchant shows the viewers a lamp that is up for sale, and begins to tell a story.
Jafar, the royal vizier of the fictional Middle Eastern city of Agrabah, seeks a lamp hidden within the Cave of Wonders. He is told that only one person is worthy to enter: 'the diamond in the rough,' whom Jafar later identifies as a young street urchin named Aladdin.
Meanwhile, Princess Jasmine becomes upset that the law requires her to marry a prince instead of marrying for love.
She escapes the palace, and meets Aladdin and his pet monkey, Abu, who save her from an angry merchant. The palace guards then capture Aladdin on Jafar's orders. Jasmine confronts Jafar to demand Aladdin's release, but he lies and says Aladdin has been executed….. 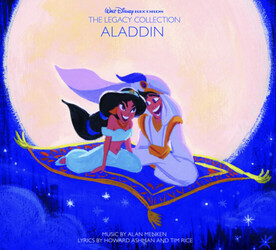 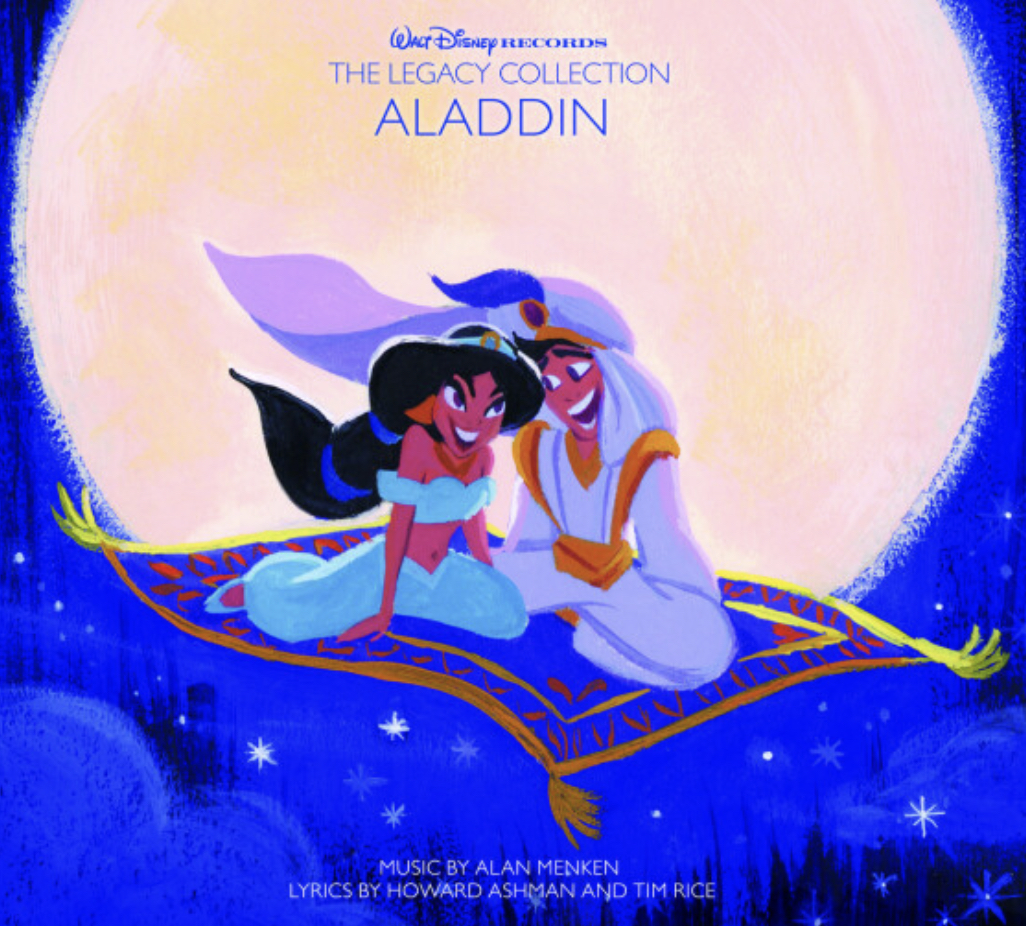 Walt Disney Records has release Aladdin in their on going Walt Disney Legacy Collection. This 2-CD set has the expanded score of Alan Menken. This year is the 30th anniversary of this Disney Classic. Aladdin is Aladdin directed by John Musker and Ron Clements and starring Scott Weinger, Robin Williams, Linda Larkin, Jonathan Freeman, Frank Welker, Gilbert Gottfried and Douglas Seale. This Legacy edition doesn't have any demo's as others sets did. It has one extra song Why Me. This new version has lots of extra music written by Alan Menken which wasn't available before. The track times haven't been released yet. The gorgeous art design is created by Lorelay Bové. Currently only available through Disney Music Emporium website. There is no info if this set will be available digitally.