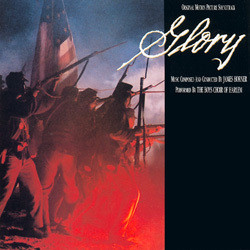 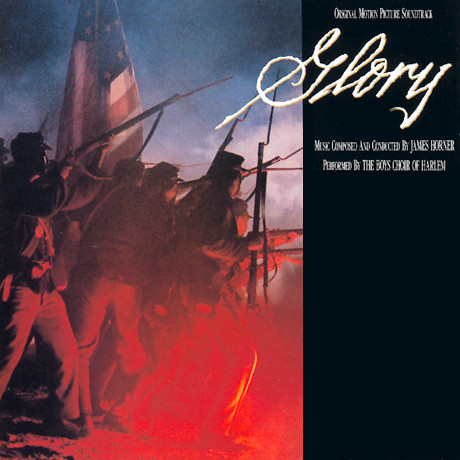 Show reviews in other languages
Glory - 10/10 - Review of Andreas Lindahl, submitted at 2008-01-20 21:25:40
To be honest, the score for Glory didn't appeal to me the first time I played it. But, as it often is when it comes to Horner's masterpieces, the more I listened to it, the more I liked it, and now it's one of my favourite Horner scores.

The score relies heavily on the voices of "The Boys Choir of Harlem". Horner once said that the human voice is the most human of all instruments to him, and when listening to this score one really understand why. The music is filled with humanity and emotion. When the director Ed Zwick approached Horner to see if he was interested in scoring the movie, he wanted Horner to write traditional war music, but when Horner saw a screening of the movie, that wasn't to him what the film needed. He wanted to focus on the soldiers and the young Shaw. And that was a wise choice, because without the haunting music Glory wouldn't be the great movie experience it is. There is only one negative thing to say about this score - it's too darned short!

The score opens with a fanfare-like theme sung by the choir, supported by trumpet and war drums. Then the choir introduces a very emotional, sweeping, theme, that is both sad and hopeful at the same time, which then is taken up by the whole orchestra. The cue ends with this theme coloured with trumpets and percussion, giving it a very dramatic feeling.

Other great tracks is "Forming the Regiment", which features a simple, but wonderful, march played by whistles and snare drum, "The Whipping", "Burning the Town of Darien" (what would these two scenes be without Horner's music?) and "Charging Fort Wagner". I suppose that this scene was temp tracked with "O Fortuna", because Horner does a superb pastisch on Carl Orff's piece of music, that is even better than the original. The score ends with the great "Closing Credits", a track that opens very powerfully, with a synth choir supported by percussion, horns and "The Boys Choir of Harlem". We then hear all the themes from the movie in a superb suite.

If you don't already own this score, run along and get it! That's an order. Dismissed!
Glory - 10/10 - Review of Tom Daish, submitted at 2010-09-26 19:43:07
This is a fantastic score from Horner. The American Civil War epic is a true masterpiece, its passing at the Oscars is a travesty. With elements that were later utilised in Apollo 13 and Braveheart, it is a crying shame that it did not win. It has a wonderfully noble theme that is supposed to be reminiscent of Prokofiev, but I don't know for sure. The choir perform superbly and enhance the music no end. Some of the choral parts are similar to The Abyss, but are obviously far less mysterious, but are more passionate evoking the travesty of war. The mixture of the choir with the snare drum and orchestra is quite splendid indeed. Charging Fort Wagner is a wonderful choral track that bounces along very nicely with a trumpet in counterpoint to the choir. It is truly one of the most emotional action cues I have heard in a long time. It is also one of Horner's most well rounded scores, it flows effortlessly between cues and everything fits wonderfully into place. It is a patriotic score in the same manner as Apollo 13, but is not annoyingly patriotic in the way that Independence Day is. This is a certainly a must buy for any Horner fan and I wish I had heard it a long time ago.
Golden Globes: Best Original Score (Nominee)