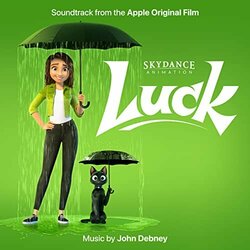 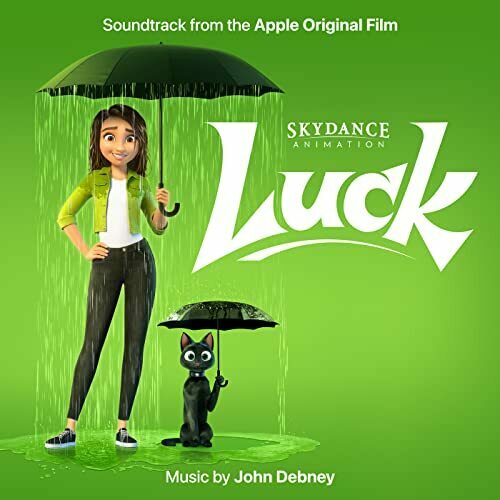 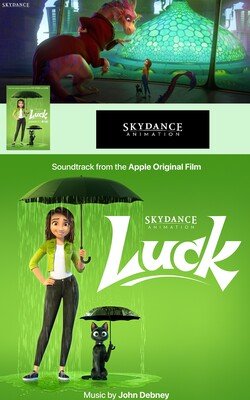 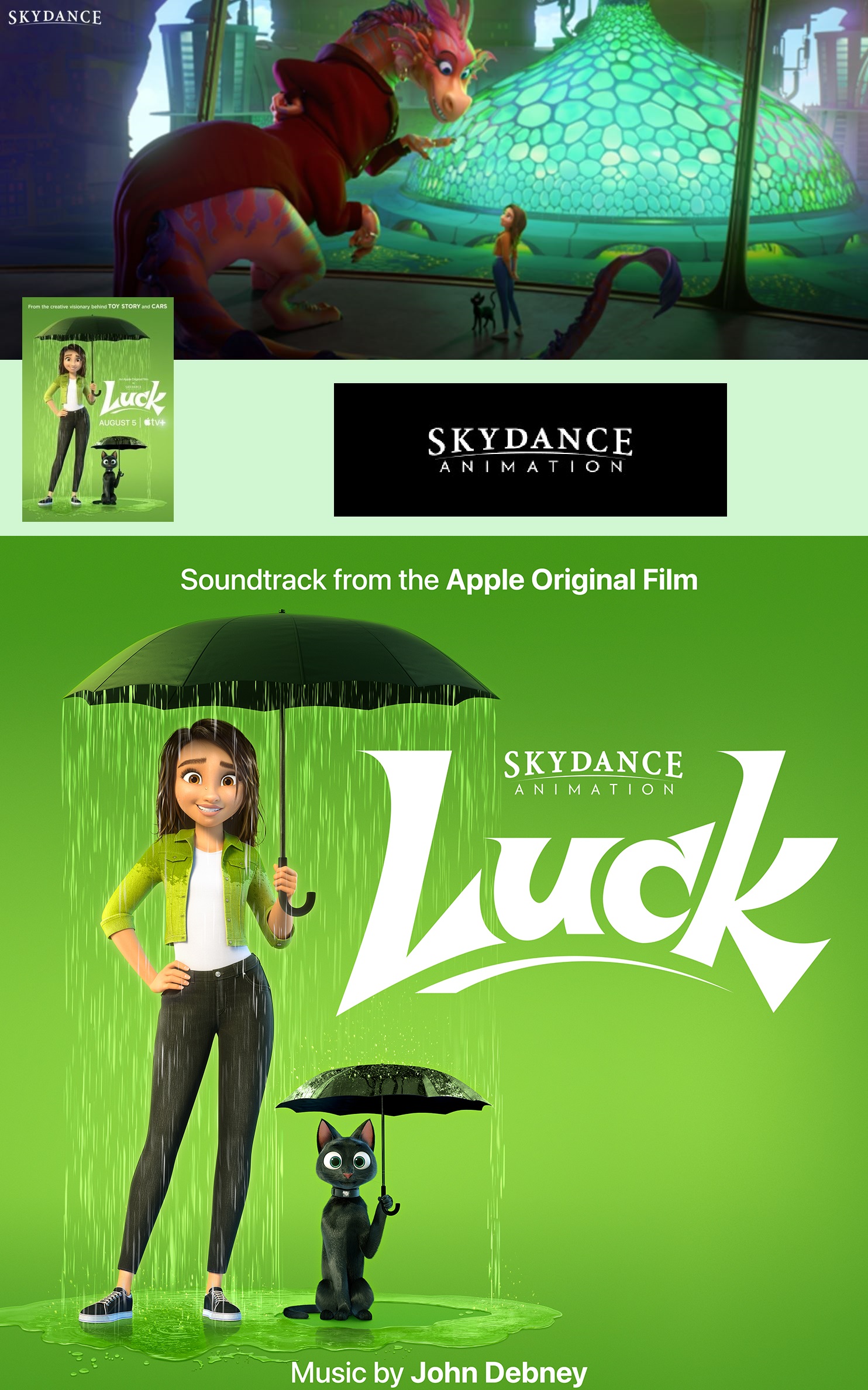 Of the soundtrack, composer John Debney says, 'Writing the music for Luck was a dream come true. I fell in love with the idea of a Land Of Luck which mirrors and influences our own world. Working with Peggy Holmes was such a pleasure.
Peggy is a wonderful director with a clear and unique vision. Being reunited with my old friend John Lasseter was also a dream come true.
The main theme is one I've dedicated to my beautiful granddaughter titled: 'Sam's Theme.' I hope everyone enjoys the music from Luck as much as I did creating it!'

John Debney is the ultimate film music character actor. In equal demand for family films such as Marry Me, Clifford The Big Red Dog, Jingle Jangle, Come Away, Dora and The Lost City of Gold and Elf, as he is for adventure films like Iron Man 2, the Oscar-nominated composer also scored the powerful and poignant The Passion of the Christ.
Debney is an agile jack-of-all-genres, sci-fi adventure (ORVILLE), composing for comedies (Bruce Almighty), horror (Dream House) and romance (Valentine’s Day) with the same confidence and panache.
Debney is also known for his work in such films as Princess Diaries, Sin City, Liar Liar, Spy Kids, No Strings Attached, The Emperor’s New Groove, I Know What You Did Last Summer and Hocus Pocus. Debney’s work also includes Disney’s The Jungle Book directed by Jon Favreau, Fox’s Ice Age: Collision Course directed by Mike Thurmeier, and Twentieth Century Fox’s award-winning musical The Greatest Showman starring Hugh Jackman and Zac Efron.
Upcoming for Debney is Hocus Pocus 2 for Disney+ Directed by Anne Fletcher, which brings back stars Sarah Jessica Parker, Bette Midler, and Kathy Najimy.

Born in Glendale, California, Debney’s professional life began after he studied composition at the California Institute of the Arts, when he went to work writing music and orchestrating for Disney Studios and various television series. He won his first Emmy in 1990 for the main theme for The Young Riders, and his career soon hit a gallop. Since then he has won three more Emmys (Sea Quest DSV), and been nominated for a total of six (Including 2012 for his work on the Kevin Costner western miniseries Hatfields & McCoys).
His foray into videogame scoring—2007’s Lair—resulted in a BAFTA nomination and a Best Videogame Score award from The International Film Music Critics Association.

Inspired by that score, he then created The Passion Oratorio, performed in 2015 in the historic Mosque-Cathedral of Cordoba, Spain in front of 6,000 people during Holy Week. In 2005, Debney was the youngest recipient of ASCAP’s Henry Mancini Career Achievement Award.
“If I’m doing my job well,” says Debney, “I need to feel it. I really try to make sure that whatever I’m doing— even if it’s a comedy—that I’m feeling it and feeling either humor or the pathos or the dramatic impact of what I’m seeing. That’s the way I approach it.” 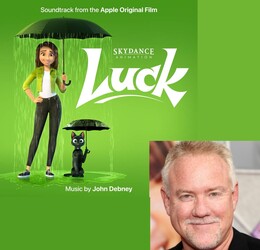 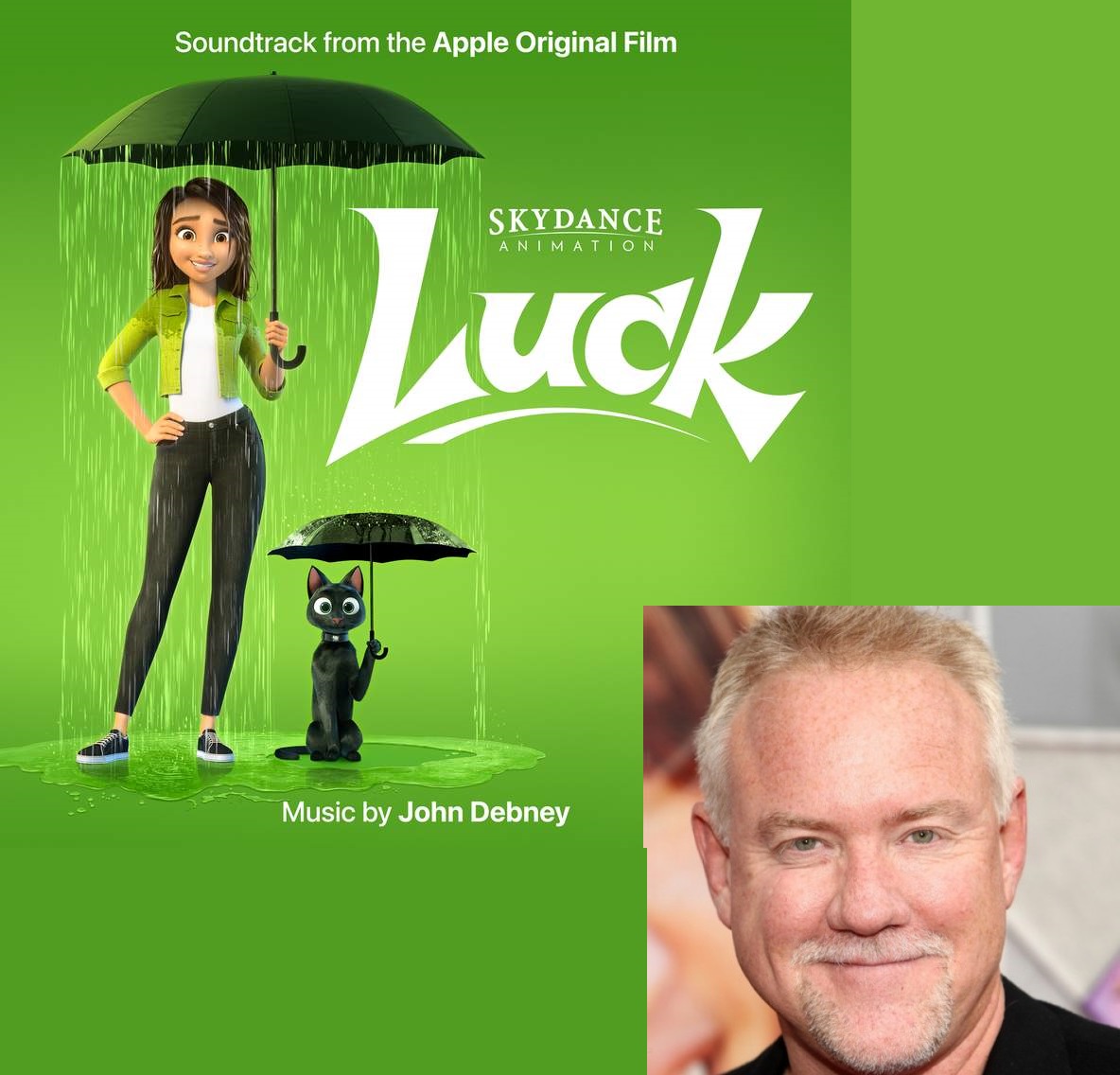 Milan Records presents a soundtrack album for Luck. The album contains the film’s original music composed by John Debney and the song of Madonna’s Lucky Star performed by Eva Noblezada.

Milan Records presents a soundtrack album for Luck. The album contains the film’s original music composed by John Debney and the song of Madonna’s Lucky Star performed by Eva Noblezada.

The soundtrack is available digitally since August 5, 2022.

Luck is directed by Peggy Holmes

From Apple Original Films and Skydance Animation, Luck is a story about Sam Greenfield: the unluckiest person in the world. Suddenly finding herself in the never-before-seen Land of Luck, she must unite with the magical creatures there to turn her luck around. Luck is streaming August 5, exclusively on Apple TV+