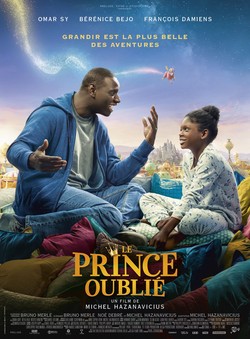 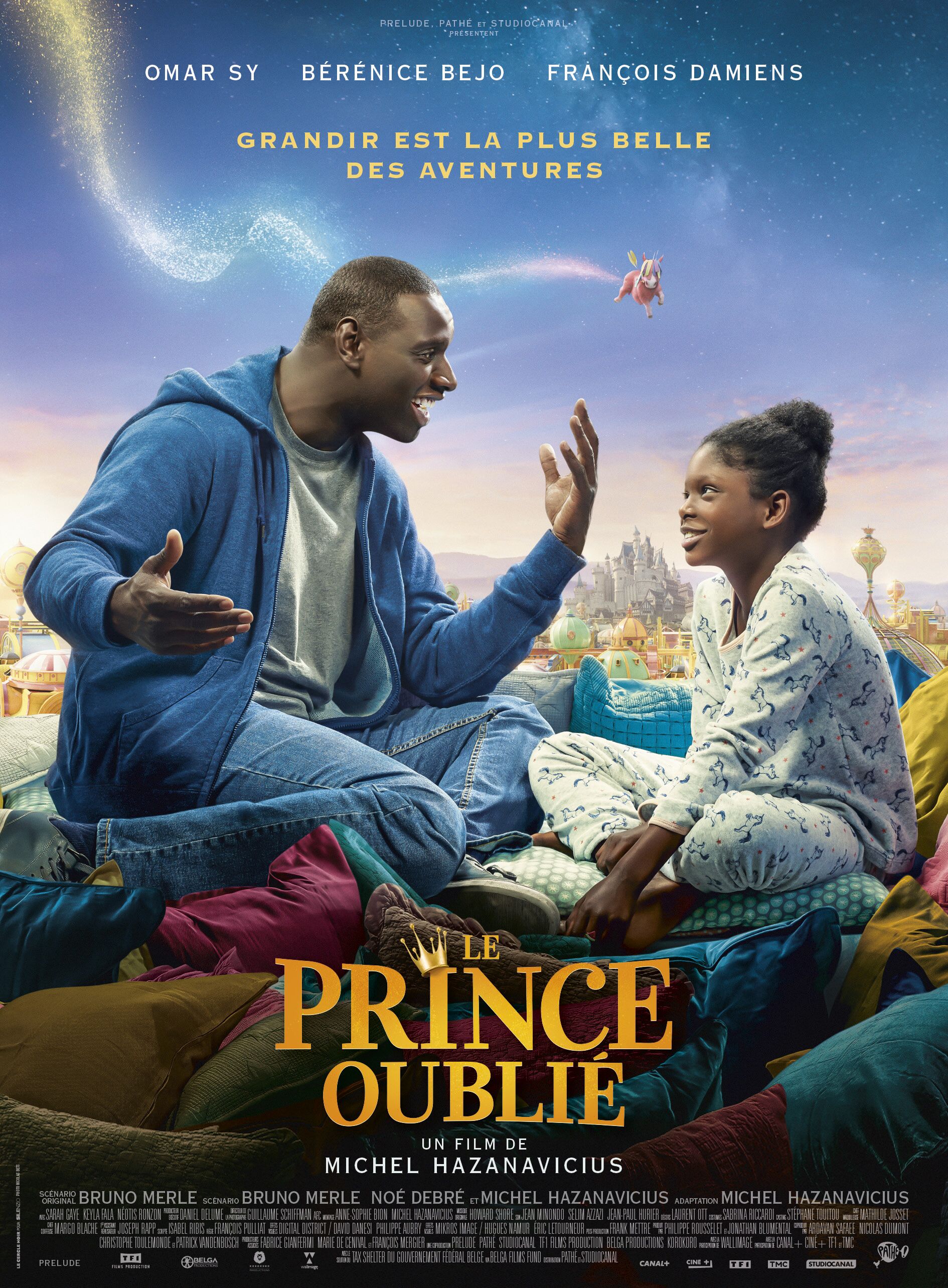 For his newest project, Hazanavicius tells the story of Djibi (Omar Sy - The Intouchables) and his daughter Sofia. Every night, to help her fall asleep, Djibi takes Sofia to 'Storyland', a fictitious film studio where their extraordinary fairy-tale adventures - starring Djibi in the lead role as the brave Prince - come to life. However, every child has to grow up at a certain point, a reality Djibi will have to face..
Just as for The Artist, director Michel Hazanavicius returns to his beloved 'behind-the-scenes' technique. In the case of The Lost Prince, the characters are passing from the real world to the imaginary fairy-tale world of the film set.

As he was looking for a 'musical color close to the Pixar films' for his family adventure film, French director Michel Hazanavicius really wanted to collaborate with Maestro Howard Shore. Shore composed a joyful original score, full of beautiful colours and very specific instrumental sounds, which perfectly illustrates the nostalgic fairy-tale atmosphere in The Lost Prince.
Michel Hazanavicius about his collaboration with Howard Shore:
'I thought Howard would be unavailable because of his very busy schedule but the script moved him and he liked my previous work.
Thus far, Howard is mostly known for his dramatic and tense scores, but he has also composed more light-hearted themes. What I love about Howard's approach, is that he prioritizes the character and always manages - thanks to his beautifully developed melodies - to create a true emotion for them. I'm very keen on using musical themes which take their time to develop throughout the film, instead of the current trend in US cinema to rather rely on sound design, namely sound, colours, structures and rhythms. (...) Howard is able to follow the comedy aspects of the film whenever necessary, but also creates impressive lyrical themes when the situation calls for it.'

Howard Shore was happy to be part of this family-adventure film: 'What a joy to work with Michel on this most beautiful film. The story is particularly close to my heart.'

Label: Howe Records
Album produced by Howard Shore et Alan Frey
© 2019 South Fifth Avenue Publishing (ASCAP)
All rights reserved.
--------
ďTell Me A StoryĒ
Performed by Natalie Prass
Music & Lyrics by Howard Shore, Elizabeth Cotnoir
and Natalie Prass;
Vocals engineered by Jeremy Ferguson at
Battle Tapes Recording in Nashville, TN;
Published by South Fifth Avenue Publishing (ASCAP) and
Girl Man Music (ASCAP) admin by Kobalt.
--------
ďPapaĒ
Written and performed by Fantine
Recorded and mixed by Sylvain Rety at Studio Schmooze
℗ © 2019 Prelude
Howard Shore is one of todayís premier composers whose music is performed in concert halls around the world by the most prestigious orchestras and is heard in cinemas across the globe.

Shoreís musical interpretation of J.R.R. Tolkienís imaginative world of The Lord of the Rings and The Hobbit, as portrayed in the films directed by Peter Jackson, have enthralled people of all generations for years. This work stands as his most acclaimed composition to date awarding him with three Academy Awards, four Grammy Awards, two Golden Globes as well as numerous criticís and festival awards.

He is an officer of the Order of Canada, an Officier de l'ordre des Arts et des Lettres de la France and the recipient of Canadaís Governor Generalís Performing Arts Award. The National Board of Review of Motion Pictures honored Howard Shore with an award for Career Achievement for Music Composition and the City of Vienna bestowed him with the Max Steiner Award. Shore has received numerous other awards for his career achievements.

Shore has been invited to speak at many prestigious institutions, most recently at La Fťmis with Michel Hazanavicius. Other notable talks have been at Oxford Union, Royal Conservatory, Yale, NYU, Julliard, UCLA, University of Toronto, Berklee School of Music, Berlinale, CinťmathŤque in Paris, and at Trinity College Dublin.

Perhaps most notable from his early career, Shore was one of the original creators of Saturday Night Live and served as music director from 1975 - 1980. At the same time, he began collaborating with David Cronenberg and has since scored 15 of the directorís films, including The Fly, Crash, and Naked Lunch. He was awarded Canadian Screen Awards for Maps to the Stars for score and Cosmopolis for both score and song. His original scores to A Dangerous Method, Eastern Promises and Dead Ringers were each honoured with a Genie Award. Shore continues to distinguish himself with a wide range of projects, from Martin Scorseseís Hugo, The Departed, The Aviator (for which he won his third Golden Globe Award) and Gangs of New York to Ed Wood, Se7en, The Silence of the Lambs, Philadelphia, Mrs. Doubtfire and the score for Tom McCarthyís Academy Award-winning film Spotlight. His current scores are for FranÁois Girardís The Song of Names featuring the violin virtuoso Ray Chen and Michel Hazanaviciusí Le Prince Oubliť (The Lost Prince).

His opera, The Fly (2008), which premiered at the Thť‚tre du Ch‚telet in Paris and at Los Angeles Opera, recently completed a successful run in Germany at Theatre Trier. Other recent works include the piano concerto Ruin and Memory for Lang Lang (2010), the song cycle A Palace Upon the Ruins featuring mezzo-soprano Jennifer Johnson Cano (2014), a cello concerto Mythic Gardens featuring Sophie Shao (2012), Fanfare for the Wanamaker Organ in Philadelphia (2008), Sea to Sea in celebration of Canadaís 150th anniversary of confederation (2017), and the song cycle LíAube premiered in October 2017 performed by Susan Platts and commissioned by the Toronto Symphony Orchestra. 2018 saw the premiere performance of Shoreís Latin Mass for the Hof Church in Lucerne, Switzerland. The Forest, a guitar concerto composed for Miloö and conducted by Alexander Shelley, premiered on May 1 & 2, 2019 for the National Arts Centre Orchestra.