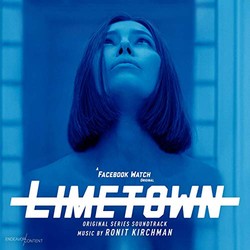 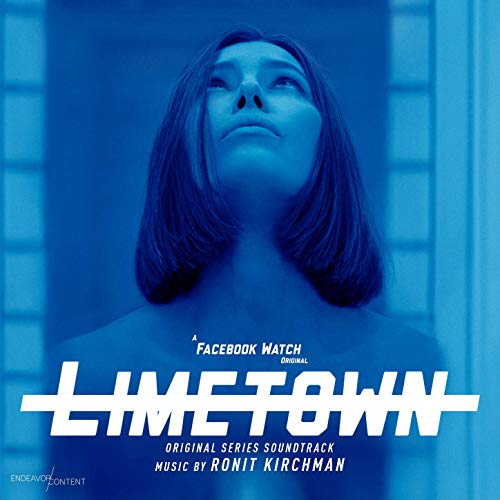 Lakeshore Records announces today’s digital release of the soundtrack for the Facebook Watch Original Series Limetown by composer Ronit Kirchman (The Sinner, Now You See Me). The acclaimed series is adapted from the widely-known podcast of the same name and all 10-episodes of Limetown season one are available now on Facebook Watch. The album is now available for streaming and purchase on all digital platforms.

Lakeshore Records announces today’s digital release of the soundtrack for the Facebook Watch Original Series Limetown by composer Ronit Kirchman (The Sinner, Now You See Me).

The acclaimed series is adapted from the widely-known podcast of the same name and all 10-episodes of Limetown season one are available now on Facebook Watch. The album is now available for streaming and purchase on all digital platforms.

Ronit Kirchman’s perspective on the series: “Even though Limetown plays as a thriller, it also creates a believable reality similar to ours with all of the complexity one might find – love, gentleness, curiosity, and hope, as well as dissociation, horror, dread, and menace. It comes to life through nuanced and powerful performances from Jessica Biel, Stanley Tucci, Kelly Jenrette, John Beasley, Janet Kidder, and many others. Since Limetown originated as a podcast, the series also offers a great opportunity for sonic innovation. When I was asked to join the Limetown team, it was an easy ‘yes.’”

“Limetown is filled with resonant themes that I loved working with as a composer. What happens to empathy as we humans continue to push the boundaries of technology? What happens to cruelty? The technology amplifies all of our core human struggles. In certain places, the score quite literally represents the imagined sonic measurements of human and animal emotion. The ambitious scope of Limetown’s ideas allowed me to incorporate a wide musical palette, ranging from machine sounds and modulations, to heartfelt melody, to the sounds of the orchestra unleashed in a new way. I hope that the score provides you with a sonic journey through all of the fascinating and often disturbing spaces of Limetown,” says Kirchman.

Ronit Kirchman:
Ronit Kirchman is a pioneer on the frontier of film and television music. Her mind-bending innerspace score for The Sinner—the acclaimed, Emmy and Golden Globe-nominated anthology series executive produced by Jessica Biel—has deepened the psychoanalytic mystery behind catastrophic crimes for two seasons and counting. Season 3, starring Matt Bomer and Bill Pullman, will premiere in Winter 2020.
Recognized in the press as 'an extremely original voice' with 'a virtuoso touch,' and 'a truly unique force in the entertainment industry,' Ronit has also recently completed the score for the new series Limetown (based on the hit podcast of the same name) on Facebook Watch. Her Limetown score album will be available from Lakeshore Records in December 2019.

Ronit has brought an exploratory spirit to a wide-ranging trail of films and documentaries, while drawing on her musical experiences in styles all across the map. In the laboratory of her studio, Kirchman cultivates an ever-growing ecosystem of instruments and coaxes exotic, even alien sounds from electronics and the farther reaches of her acoustic and electric 7-string violins. She’s also a prolific songwriter, music producer, conductor, and singer, and continues to compose original scores for the theater, dance, multimedia installations, and the concert stage. She has performed and recorded internationally in many contexts, including free improvisation, classical, live electronica, rock, pop, jazz, world, blues, and country. As a storyteller beyond music, she’s also a poet, author, and accomplished painter with a degree in fine arts.

Growing up in New York City, Kirchman started playing violin at age four. Her teachers included Erick Friedman, a protégé of the legendary Jascha Heifetz. She garnered her BA at Yale with high honors and her MFA in composition at California Institute of the Arts before leaping into film music, earning fellowships at the Sundance Composers Lab and the Sundance Institute Time Warner Foundation—bringing a classical virtuosity as well as an innovative, genre-blurring adventurousness into the realm of composing for narrative.

Equally at home writing for large acoustic ensembles, minting a pop hook, programming electronics, and working with master improvisers, Ronit brings great versatility, imagination, and precision to all of her projects.

“What I love about film scoring,” she says, “is that each story really requires its own language on some level, and so each time I dive into a new story, I discover and develop new modes of expression.”