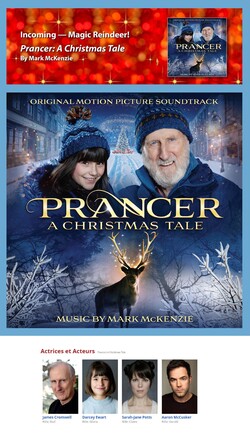 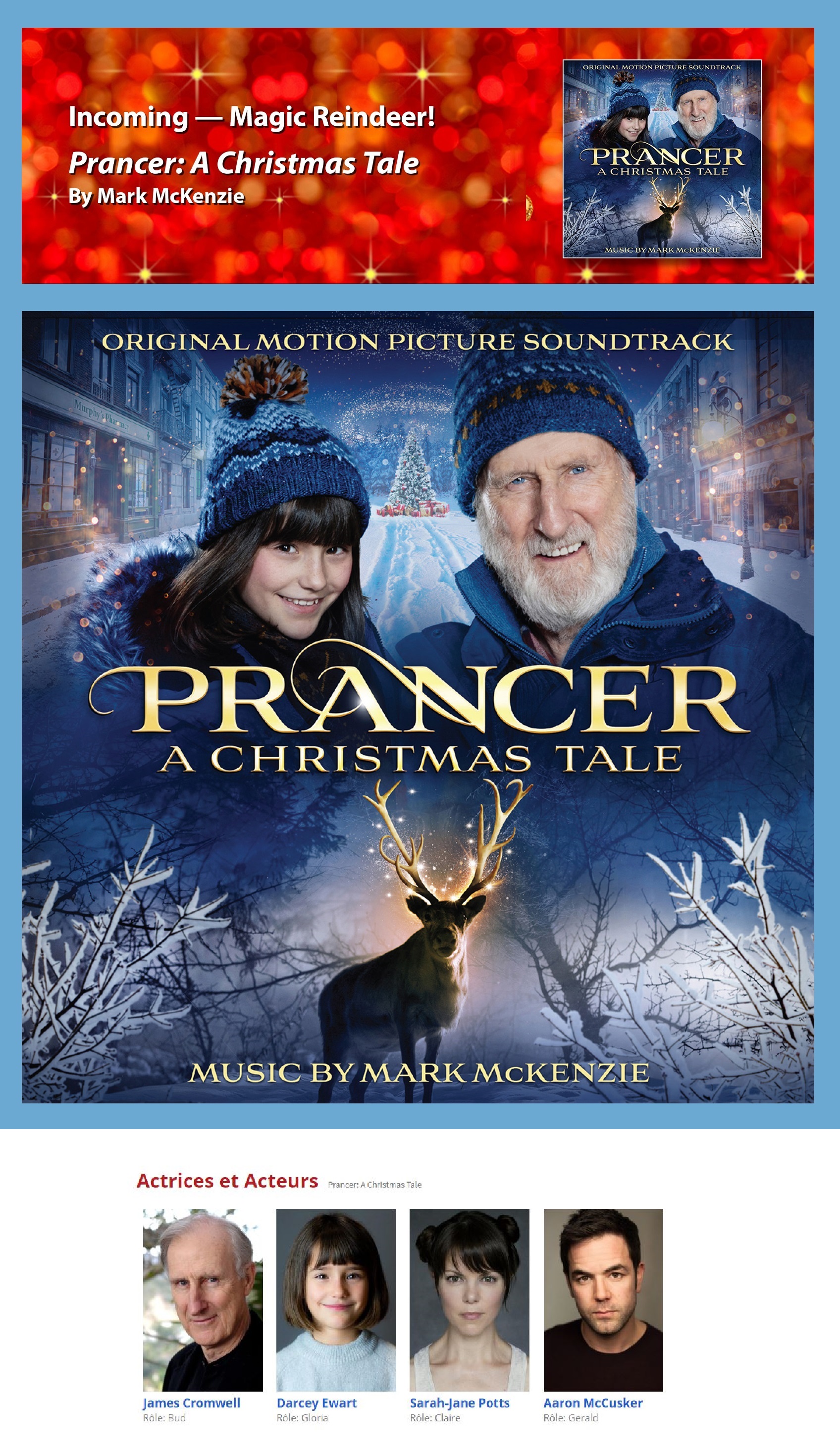 For the Universal 1440 Entertainment holiday film Prancer: A Christmas Tale, composer Mark McKenzie was brought in to write a score that would not only capture the spirit and warmth of Christmas, but also create a mystical and sometimes spriteful atmosphere that only a magical reindeer could inspire.

For the Universal 1440 Entertainment holiday film Prancer: A Christmas Tale, composer Mark McKenzie was brought in to write a score that would not only capture the spirit and warmth of Christmas, but also create a mystical and sometimes spriteful atmosphere that only a magical reindeer could inspire.

While the score has been entirely recorded, mixed, and performed by McKenzie, one can almost here a full orchestra playing the themes, for the scope is much larger than it seems.
It's a fresh and perfect accompaniment for the Christmas season. Sit by the glow of just the Christmas tree lights with a mug of hot chocolate and let McKenzie' beautiful and heartfelt music carry you away. The score was nominated for the prestigious Hollywood Music in Media Awards.

In the film, Christmas approaches in the little town of Brightridge and widowed grandfather Bud (James Cromwell) is sadly closing down his beloved family hardware store when he has an accident, leaving him in need of help.
His son and daughter bring their families to town to stay with Bud, help him recuperate, and finish closing the store.
This Christmas season seems extra enchanted once a mysterious reindeer begins to appear around town. Bud and his granddaughter Gloria name him Prancer and form a special bond with him while he seems to be trying to tell them something. When Gloria comes up with a secret plan for Prancer to help save Bud's store, her family and the whole town come together to realize the true Christmas magic that Prancer possesses.

Gloria and her widowed grandfather Bud happen upon a reindeer with mystical characteristics during Christmas holidays.

Why the reindeer appears magical and how it helps heal family rifts becomes the heart of the film. McKenzie created an electronic palette using strings and woodwinds both in intimate and full textures, with solo recorder and the rare bass recorder adding haunting colors to the ensemble.

The results are warm and subtle, but in balance there are spirited moments both playful and active as well as melodically rich and soaring. McKenzie uses his orchestrational skills to bring gentle transparency and full orchestra-like ambience to the score. Simply beautiful! Album produced by McKenzie is available both on CD by Intrada and digital download on BackLot.