Doctor Who Series 13 – The Specials 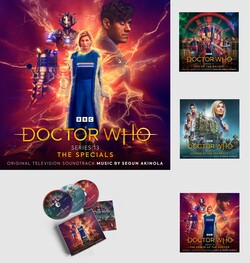 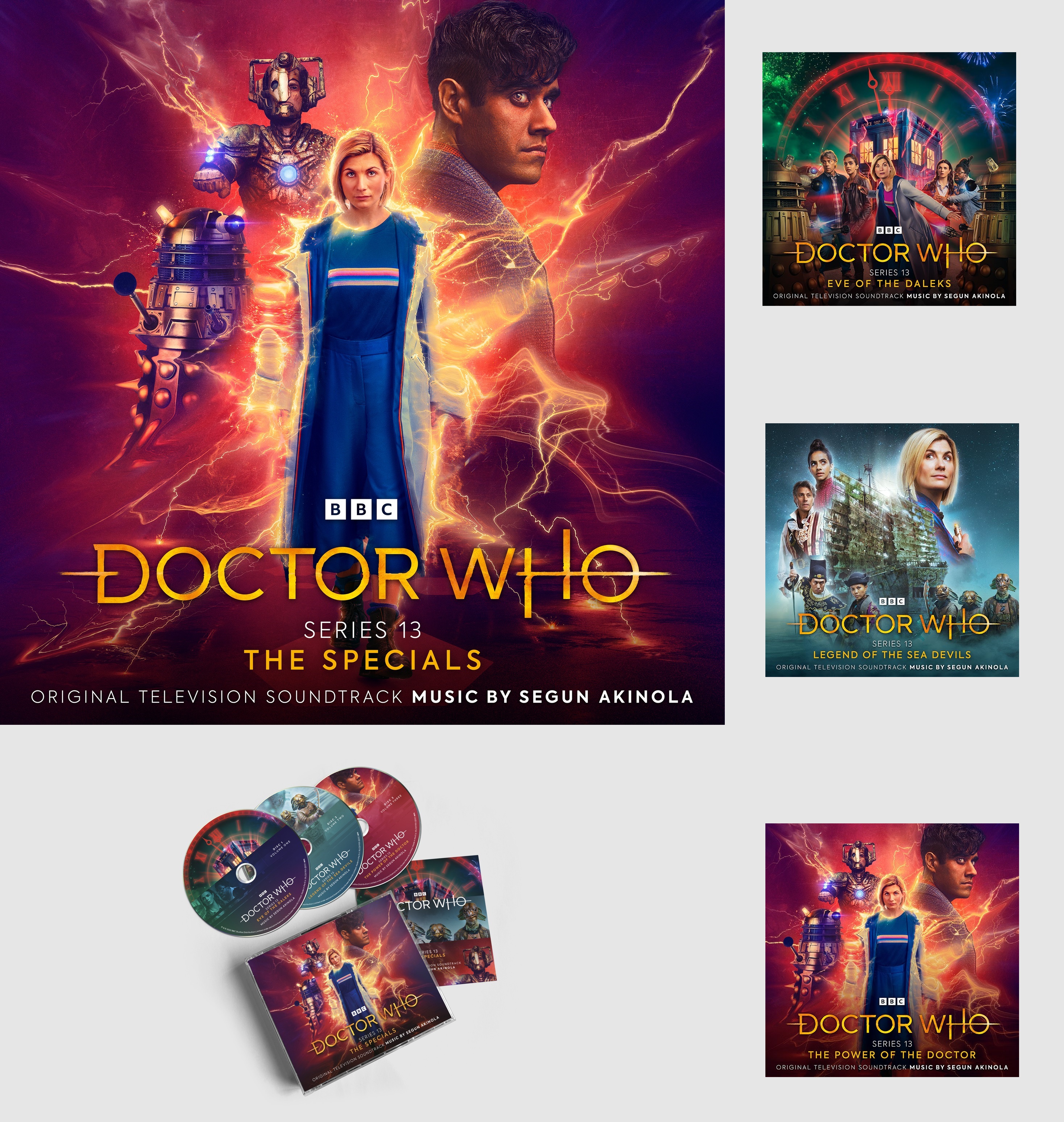 Leading to this triple CD set, Silva Screen will digitally release the volumes separately – Eve Of The Daleks on 2nd December, Legend of the Sea Devils on 9th December and The Power Of The Doctor on 16th December.

The 2022 Doctor Who specials are the three additional episodes that follow the programme’s thirteenth series. The first special, Eve Of The Daleks, aired on 1 January 2022, the second, Legend of the Sea Devils, aired on 17 April and the third, The Power Of The Doctor on 23 October.
They are the final episodes to feature Jodie Whittaker as the Thirteenth Doctor. The specials also star Mandip Gill and John Bishop as the Doctor’s travelling companions, Yasmin Khan and Dan Lewis. Chris Chibnall is the showrunner and the writer.
All Series 13 episodes, together with the 3 specials, are currently available to watch on BBC iPlayer in the UK.

Chris Chibnall reflects on Segun’s work – “How do I sum up Segun’s contribution to ‘Doctor Who’, and the Thirteenth Doctor’s era, in a few words?…
I only need one: brilliant! Segun made the show’s musical landscape wide-ranging, specific and authentic. The scores for these three Specials illustrate that breadth perfectly.
From the witty but emotional jazz-infused chamber piece of Eve Of The Daleks, through the beautiful and powerful use of traditional Chinese instrumentation in Legend Of The Sea Devils, culminating with The Power of The Doctor: a fitting climax to Segun’s work on the show – bringing together so many of the fabulous themes he’s created: from Daleks and Cybermen to the Master, Yaz, and the Thirteenth Doctor’s wondrous heroic and emotive theme.”

Segun scored Sundance 2019 favourite The Last Tree, which was also recorded at Abbey Road Studios.
This is Segun’s second feature film collaboration with director Shola Amoo after A Moving Image, and it earned him a Discovery of the Year award nomination at the World Soundtrack Awards.
A BAFTA Breakthrough Brit 2017, Segun’s other work includes scoring BBC Two’s landmark four-part series Black and British: A Forgotten History.


Doctor Who: Series 13: Eve Of The Daleks soundtrack page

Doctor Who: Series 13: Legend Of The Sea Devils soundtrack page

Doctor Who: Series 13: The Power of the Doctor soundtrack page

More info at: Blogtor Who