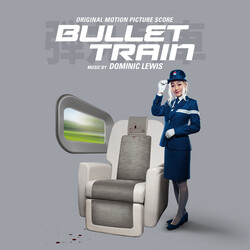 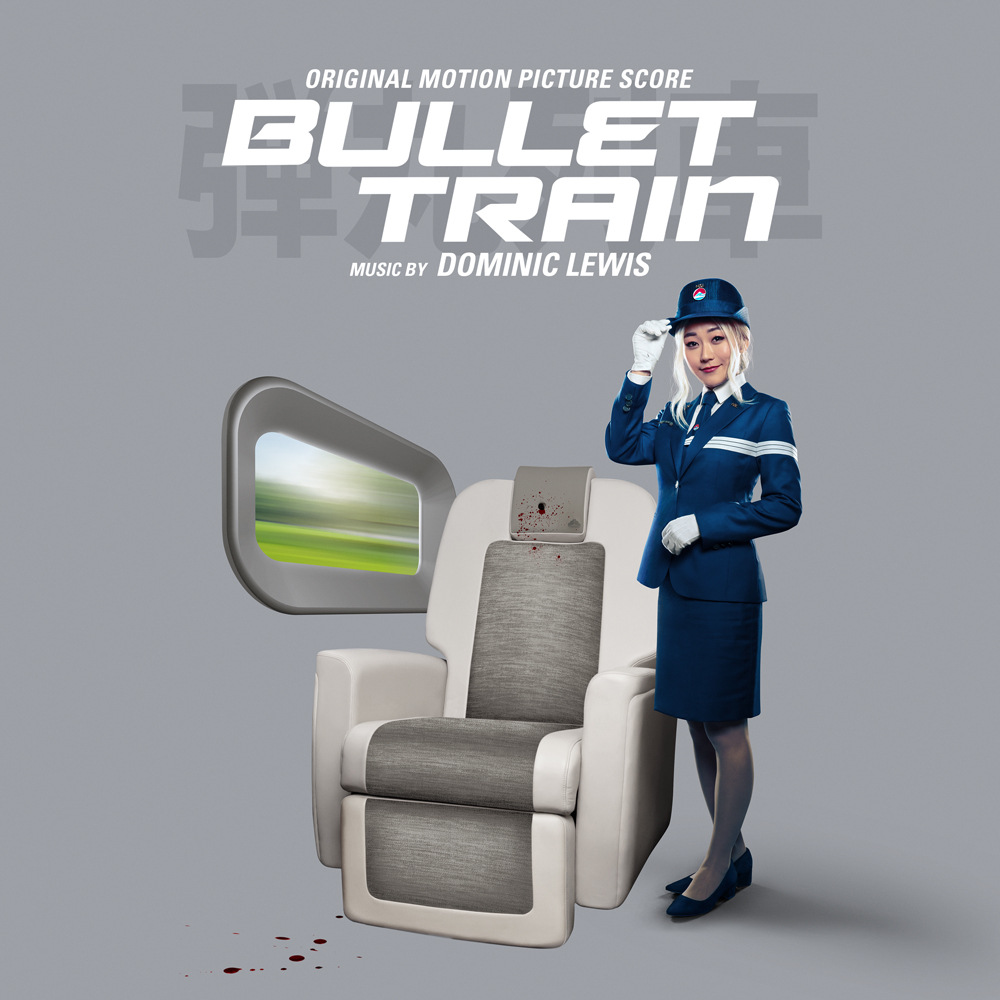 Working in close collaboration with Leitch, Lewis crafted an expansive soundscape covering a wide range of genres and styles, each tailored to the dynamic onscreen story and its cast of characters.
With a screenplay by Zak Olkewicz based on the book by Kotaro Isaka, Bullet Train will be available exclusively in movie theaters Friday, August 5 from Sony Pictures.

Of the soundtrack, composer Dominic Lewis says, “I really tried to approach this score as some form of concept album, asking myself, ‘What is the perfect needle drop for each moment that tells story and weaves in out of the movie’s arcs, disguised as a song but doing the job of score?’ ‘What if you were flicking through an old vinyl collection and found an obscure ‘70s record, used that for your samples on your album?’
That was the idea for the Bullet Train score, only I had to create that record before approaching each scene.” Speaking of his experience working with director David Leitch, Lewis continues, “A blank canvas can often be accompanied with instructions of which paints to use and where.
Not with David. Without his trust, vision, and a collaborative experience that is second-to-none, the stars wouldn’t have aligned to create this gonzo, badass score. I hope audiences have as much fun listening to it as I did making it.”

In Bullet Train, Brad Pitt stars as Ladybug, an unlucky assassin determined to do his job peacefully after one too many gigs gone off the rails. Fate, however, may have other plans, as Ladybug's latest mission puts him on a collision course with lethal adversaries from around the globe—all with connected, yet conflicting, objectives—on the world's fastest train.
The end of the line is just the beginning in this non-stop thrill-ride through modern-day Japan from David Leitch, the director of Deadpool 2.

Dominic Lewis is a British-born composer with sensational talents that have catapulted him to the forefront of music in television and film.
His upcoming projects include Sony Pictures Entertainment's Bullet Train, directed by David Leitch and starring Brad Pitt and Sandra Bullock, which premieres August 5th.
His music can also be heard on Disney+’s animated series Baymax, starring Scott Adsit, and Monsters at Work, starring John Goodman and Billy Crystal, as well as on Disney XD’s revitalized DuckTales, starring Lin-Manuel Miranda and Allison Janney.

Lewis received two BMI “Streaming Awards” for The Man in the High Castle and one BMI “Film Music Award” for Peter Rabbit. Lewis received an Annie Awards nomination for “Outstanding Achievement in Music” for his work on Free Birds, starring Owen Wilson, Woody Harrelson and Amy Poehler; as well as a nomination at the Australian Academy of Cinema and Television Arts (AACTA) Awards for “Best Original Music Score” for Peter Rabbit.
His innate instinct for harmonizing music and picture also earned him a nomination for the World Soundtrack Awards’ “Discovery of the Year” for his work on Spooks: The Greater Good, starring Kit Harington and Peter Firth.

Prior to his successful career as a composer, Dominic studied at the Royal Academy of Music in London, where he received classical training in cello and music composition.
Throughout his time at the Royal Academy, he was mentored by Rupert Gregson-Williams and was given the opportunity to co-compose the score for his first feature film The Poet, directed by Damien Lee. With Williams, he also co-composed Open Season: Scared Silly.

Following his move from England to the United States, he joined John Powell, composing for the 2011 Oscar-nominated film, How to Train Your Dragon. He has since worked with some of Hollywood’s most renowned composers including Henry Jackman and Hans Zimmer.