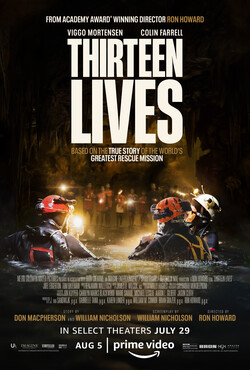 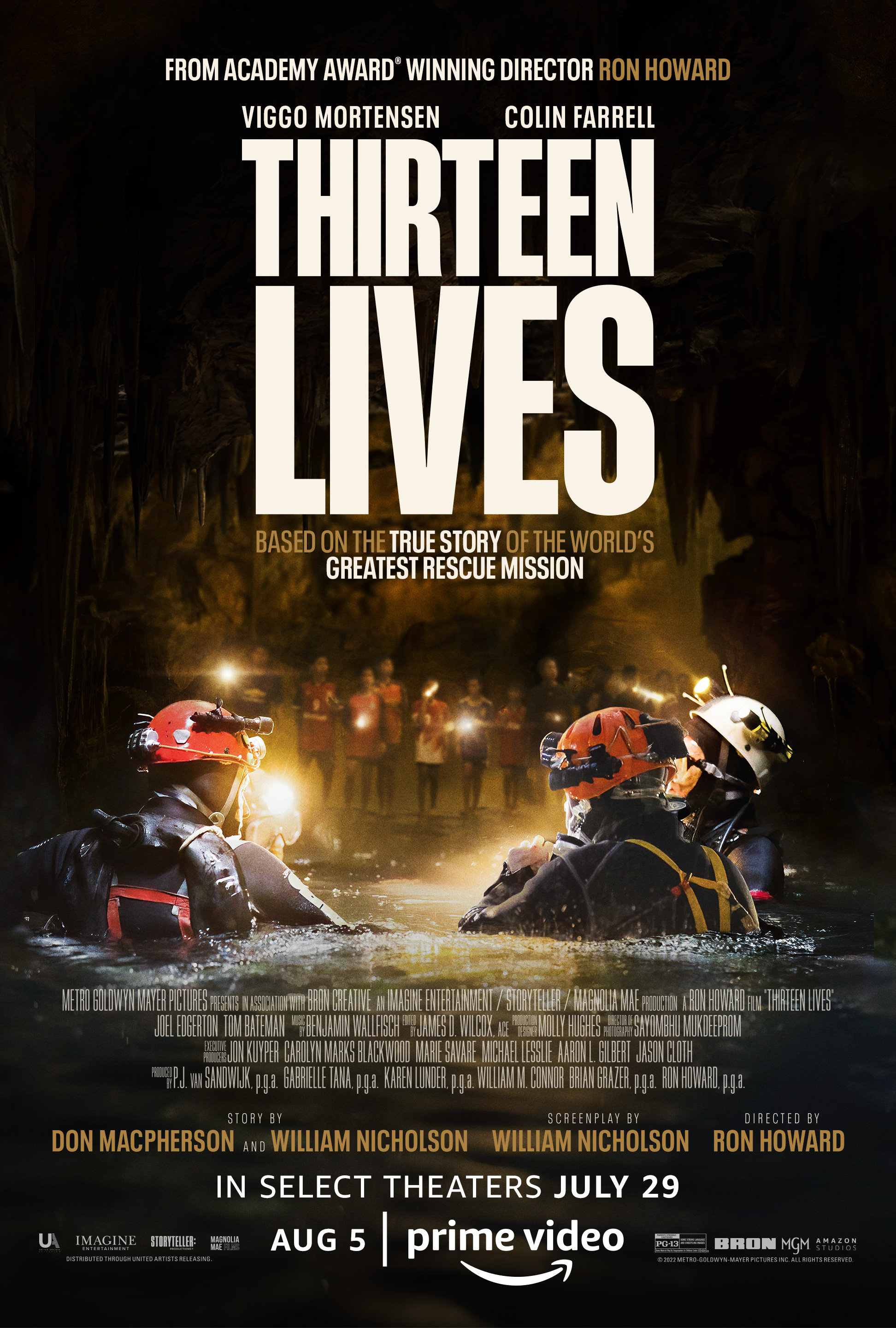 Milan Records is excited to announce the release of the Thirteen Lives (Amazon Original Motion Picture Soundtrack) by composer Benjamin Wallfisch.
This 15-track album is available today, August 5, 2022 on all major digital platforms.

The film is available to stream now exclusively on Prime Video in more than 240 countries and territories worldwide.

Wallfisch spent three months working almost daily with director Ron Howard. Of their work together, Howard said:
“Music has always played a vital role in my films, often times serving as a character itself. It was important to us that the music in Thirteen Lives helped us to further embody the Thai culture and create that key element of suspense. My vision for the score was for it to set a tone that was chilling, while also subtle and distinctive. Ben delivers on all those elements, and his score for the film is remarkable. I’m thrilled for audiences to enjoy the experience of listening to it.'

Wallfisch added:
“The responsibility of finding a musical analogue for this story of unimaginable heroism, without over-dramatizing or trivializing the true events, and of course incorporating the complex and rich musical heritage of the region, was a unique challenge, and one I couldn’t have done without the incredible collaborative spirit Ron has. An honor of a lifetime.”

Some of the finest classical and folk musicians in Thailand were featured in the score, but Wallfisch also hired cello and piano soloists from the UK, as a way to bring two musical cultures together in the spirit of international collaboration that was so essential to the rescue effort.

The score is also at times very experimental, manipulating instruments to make them sound as if they are being warped under water, and with the percussion of the ticking clock being made from samples of the scraping, tapping, and air escape from oxygen canisters, alongside many other unusual score concepts.

Thirteen Lives recounts the incredible true story of the tremendous global effort to rescue a Thai soccer team who become trapped in the Tham Luang cave during an unexpected rainstorm. Faced with insurmountable odds, a team of the world’s most skilled and experienced divers – uniquely able to navigate the maze of flooded, narrow cave tunnels – join with Thai forces and more than 10,000 volunteers to attempt a harrowing rescue of the twelve boys and their coach.
With impossibly high stakes and the entire world watching, the group embarks on their most challenging dive yet, showcasing the limitlessness of the human spirit in the process.
Metro Goldwyn Mayer Pictures Presents, in association with BRON Creative, An Imagine Entertainment / Storyteller / Magnolia Mae Production.
Story by Don Macpherson and William Nicholson, Screenplay by William Nicholson.

Golden Globe, BAFTA, 2x Grammy, Emmy and 5x World Soundtrack Award nominated composer Benjamin Wallfisch has worked on over 80 feature films, collaborating with directors including Ron Howard, Ted Melfi, Andy Muschietti, Christopher Nolan, David F. Sandberg, Leigh Whannell, Gore Verbinski, and Denis Villeneuve. His upcoming projects include Ron Howard’s THIRTEEN LIVES for MGM / Amazon and Andy Muschietti’s THE FLASH for DC / Warner Bros.
A graduate of the Royal Academy of Music in London, and mentored by Dario Marianelli and Hans Zimmer, Benjamin’s notable projects include IT and It Chapter Two, Blade Runner 2049 (With Hans Zimmer), Shazam!, The Invisible Man, Mortal Kombat, Hellboy, A Cure For Wellness, Annabelle: Creation, King Of Thieves, Hidden Figures (with Pharrell Williams and Hans Zimmer), and music based on Elgar’s Enigma Variations for DUNKIRK.
Benjamin has performed live in over 100 concerts worldwide, conducting orchestras such as the London Philharmonic, Philharmonia, Los Angeles Philharmonic, Los Angeles Chamber Orchestra and the Sydney Symphony at venues including the Hollywood Bowl, Sydney Opera House and Royal Festival Hall. He is a member of the Academy of Motion Pictures Arts and Sciences and BAFTA, and is an Associate of the Royal Academy of Music. In 2019 he founded The Scoring Lab, a state-of-the art scoring production company and Dolby Atmos Certified mix studio in the heart of Santa Monica, California.

In the true story of Thirteen Lives, twelve boys and the coach of a Thai soccer team explore the Tham Luang cave when an unexpected rainstorm traps them in a chamber inside the mountain. Entombed behind a maze of flooded cave tunnels, they face impossible odds. A team of world-class divers navigate through miles of dangerous cave networks to discover that finding the boys is only the beginning.