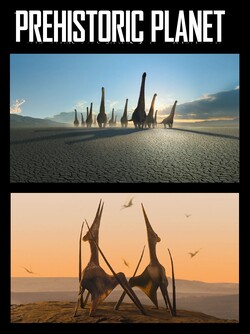 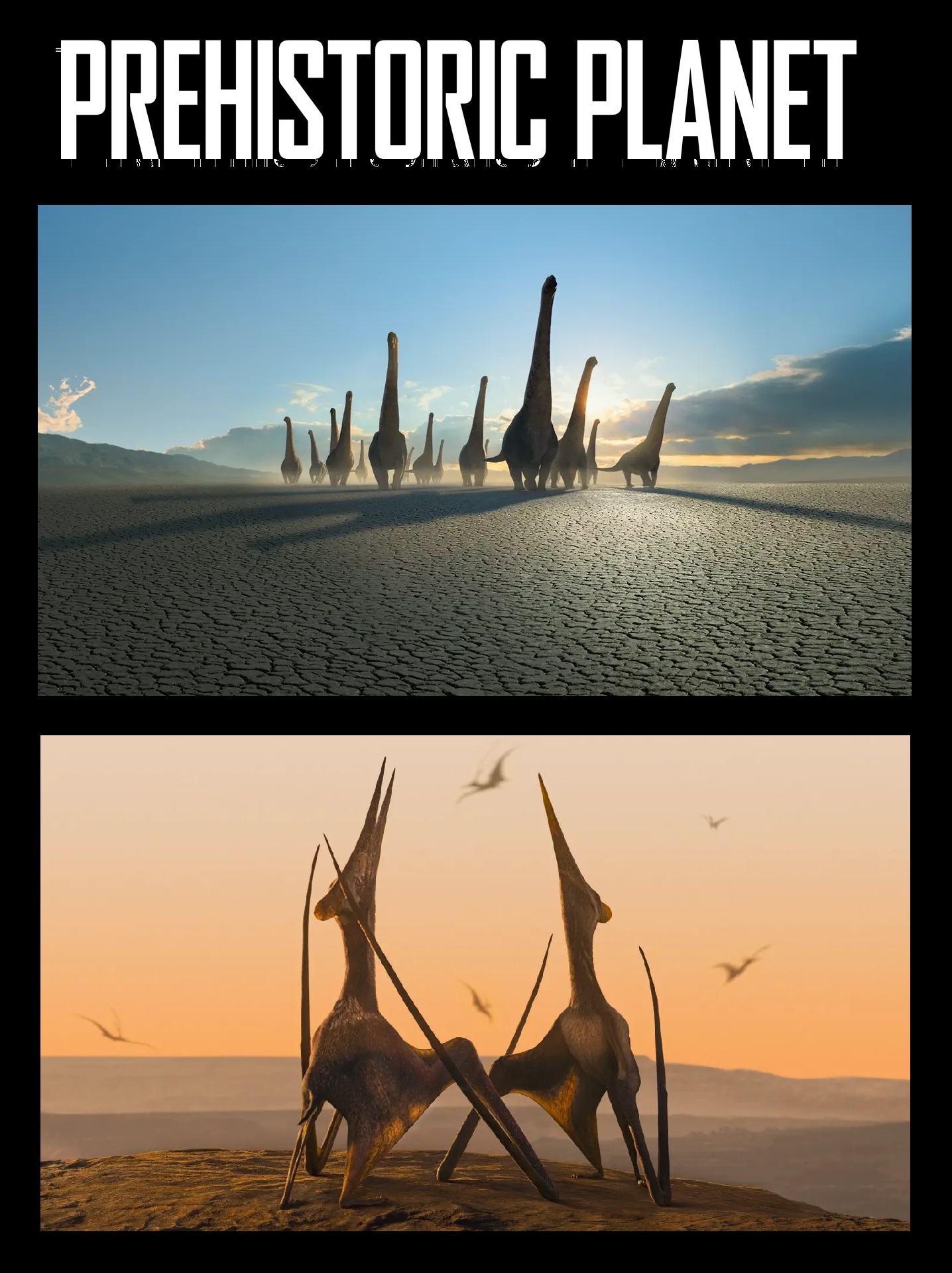 ōI think the music is absolutely fabulous. It can promote you emotionally, it can provoke you emotionallyģ it can guide you through a landscape or through a set of behaviors that can make you associate certain sounds with either the habitats or the characters that are being shown.ö
¢ Series Producer Tim Walker for Gizmodo

ōWhile the dinosaurs are obviously stars of the show here, itÆs worth stating just how gorgeous the series looks overallģ I am not exaggerating when I say that some of these moments are flat-out cinematic in nature, especially when in conjunction with the incredible score, composed by Hans Zimmer, Anze Rozman, and Kara Talve.ö
¢ Hollywood Insider

Hans Zimmer has scored more than 500 projects across all mediums, which, combined, have grossed more than 28 billion dollars at the worldwide box office.
Zimmer has been honored with two Academy Awards«, three Golden Globes«, four Grammys«, an American Music Award, and a Tony« Award. His work highlights include Dune, No Time to Die, Gladiator, The Thin Red Line, As Good as It Gets, Rain Man, The Dark Knight trilogy, Inception, Thelma and Louise, The Last Samurai, 12 Years A Slave, Blade Runner 2049 (co-scored w/ Benjamin Wallfisch) and Dunkirk, as well as recent film scores including Top Gun: Maverick, Wonder Woman 1984 and The SpongeBob Movie: Sponge on the Run.
Most recently, Zimmer won the Academy Award« for Best Achievement in Music Written for Motion Pictures for Dune. In 2019, Zimmer scored the live-action remake of The Lion King, for which he received a Grammy« nomination for Best Score Soundtrack for Visual Media.

Zimmer has completed highly successful ōHans Zimmer Liveö tour stops around the globe and most recently concluded the first leg of his European tour in April 2022.

Kara Talve is a composer, SAG-AFTRA singer and voice actor located in Los Angeles, most recently co-composing the score to Apple/BBCÆs Prehistoric Planet. Her commitment to extraordinary composition started as a young pianist studying classical music. As a graduate of the Berklee College of Music in Boston, sheÆs honed in on the craft of film scoring. In 2017 she was awarded the BMI film scoring scholarship for her musical ability and potential for career success, presented by Doreen Ross and Thomas Newman.
Continuing to advance her education through application, she interned and assisted at highly regarded recording studios such as Sparks and Shadows, the boutique record label in Los Angeles headed by Emmy and BAFTA award-winning composer Bear McCreary.
Kara is diligent and determined when engaged in her compositions. Her perseverance and prowess for music have been recognized across multiple industries, as sheÆs contributed to numerous successful projects for TV, documentaries, video games, and independent films at Bleeding Fingers Music.

An×e Rozman is a Slovenian composer of concert music and music for media. In 2008 he started his bachelorÆs studying at the University of Ljubljana -Academy of Music of Ljubljana where he majored in Music Composition and Music Theory. In 2013 he graduated with honors summa cum laude and later acquired his masterÆs degree in Scoring for Film, TV, and Video Games from Berklee College of Music Valencia in 2014. Upon Hans ZimmerÆs, Steven Kofsky, and Russell EmanuelÆs invitation he moved to Los Angeles in January of 2018 to start working as a full-time composer at Bleeding Fingers Music. His most notable recent credits scored under Bleeding Fingers Music are the score for AppleÆs Prehistoric Planet, BBCÆs The Planets 2019, BBCÆs Universe 2021, the score with Hans Zimmer for The Great Bear Rainforest IMAX, and additional music for BBCÆs Seven Worlds, One Planet.

ōPrehistoric Planetö presents little-known and surprising facts of dinosaur life set against the backdrop of the environments of Cretaceous times, including coasts, deserts, freshwater, ice worlds and forests.
From revealing eye-opening parenting techniques of Tyrannosaurus rex to exploring the mysterious depths of the oceans and the deadly dangers in the sky, ōPrehistoric Planetö brings EarthÆs history to life like never before.