JFK Revisited: Through the Looking Glass 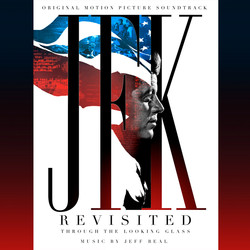 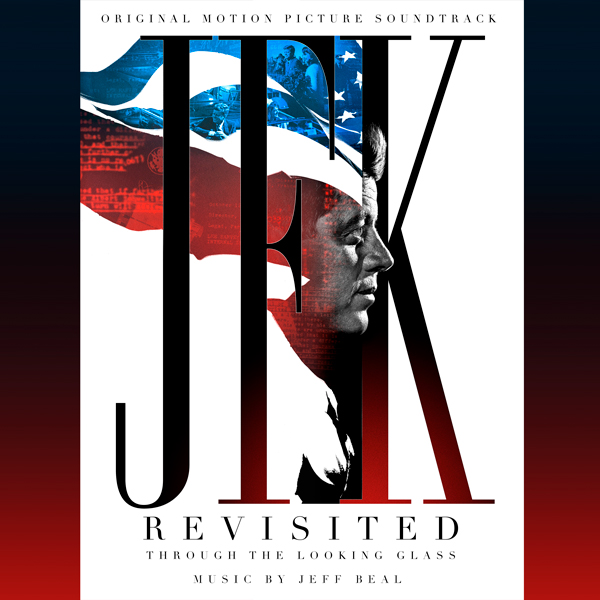 About Jeff Beal
Its no coincidence that Jeff Beals music began to garner notice with the acclaimed film Pollock (2000). Beal composes, orchestrates, conducts, mixes and often performs on his own scores  no other artists brush strokes touch his canvas. An accomplished and recorded jazz musician, Beal uses his improvisational skills to read the emotional tone of a scene. This process allows me to envision a world where anything can happen.

A five-time EMMY® winner, Beals improvisatory method, sense of timing and sophistication have made him a favorite of directors including Ed Harris (Pollock and Appaloosa), David Fincher (House Of Cards), Oliver Stone (JFK Revisited, The Putin Interviews), and Lauren Greenfeld (The Queen Of Versailles, Generation Wealth.) Documentarians also appreciate this flexibility, and he has scored many, including Blackfish, The Price Of Everything, Weiner, Al Gores An Inconvenient Sequel, THE Bleeding Edge and Boston. His dramatic scoring credits include HBOs Rome, Carnivàle, The Newsroom, USAs Monk and Netflix House Of Cards. His recent film projects include the documentary The Biggest Little Farm and Breaking News In Yuba County.

Beals performing, conducting, and composing worlds converged in 2016 when he led the National Symphony Orchestra at the Kennedy Center in the premiere of House Of Cards in Concert, with further performances in Miami, Denmark, The Netherlands and Jerusalem. This symphonic work was recorded by BIS Records on the double SACD House of Cards Symphony, which includes Beals flute and guitar concerti.

Beal has since conducted The Los Angeles Chamber Orchestra in his original score for Keatons silent film The General, The Hollywood Chamber Orchestra for the premiere of Blackfish live-to-picture, The Henry Mancini Institute orchestra with his score for Stephen Kings Battleground, and the Boston Symphony Orchestra for the film score of Boston, as well as the Boston Pops Esplanade for the live-to-picture premiere of Boston.
Diagnosed with Multiple Sclerosis in 2007, Beal credits his current remission to listening and creating music, as well as healthful nutrition, cardiovascular exercise and meditation. He has been open discussing his MS, and has spoken of it publicly and to the press, as he hopes to inspire others living with this chronic and incurable condition.

Born in 1963 and raised in the San Francisco Bay Area, Beals grandmother was a pianist and accompanist for silent movies. An avid jazz fan, she gave him Miles Davis/Gil Evans Sketches of Spain album when he was beginning his trumpet studies. In addition to studying both classical and jazz trumpet, Jeff was a self-taught pianist and spent countless hours in the library learning music theory and composition on his own. Encouraged by conductor Kent Nagano, Jeff composed a trumpet concerto at age 17, which he performed with the Oakland Youth Symphony, as well as a number of large ensemble jazz charts that are still in publication today.

After graduation from Eastman in 1985, the Beals moved to New York City, where Jeff was signed by Island Records, releasing several jazz albums and performing with his band at The Blue Note and The Montreux Jazz Festival. In 1988, Beal was commissioned to write his first film score, the black comedy Cheap Shots. After relocating to the west coast, Jeff turned his focus towards writing music for visual media  initially taking smaller jobs writing industrials for then startups Pixar and Apple.
The recommendation of another trumpet player, composer Mark Isham, landed him the job writing original score for the TV series Nothing Sacred (1997-98). International recognition would come only a few short years later, with the release of the film Pollock, earning Jeff a nomination for Discovery of the Year by the World Soundtrack Academy, who also honored Beal with their first TV Composer Of The Year award in 2019.

Jfk Revisited: Through The Looking Glass will inform a new generation that this unresolved murder was indeed shocking and perhaps even calculated. Award-winning director Oliver Stone presents powerful evidence that in the Kennedy case, conspiracy theory is now conspiracy fact. Narrated by Oscar(R) winners Whoopi Goldberg and Donald Sutherland and featuring a renowned team of historians and witnesses,

Legendary film-maker Oliver Stones returns to the assassination of President John F Kennedy with JFK Revisited: Through the Looking Glass.