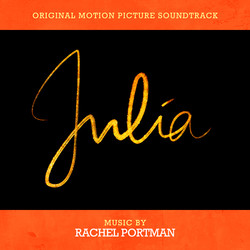 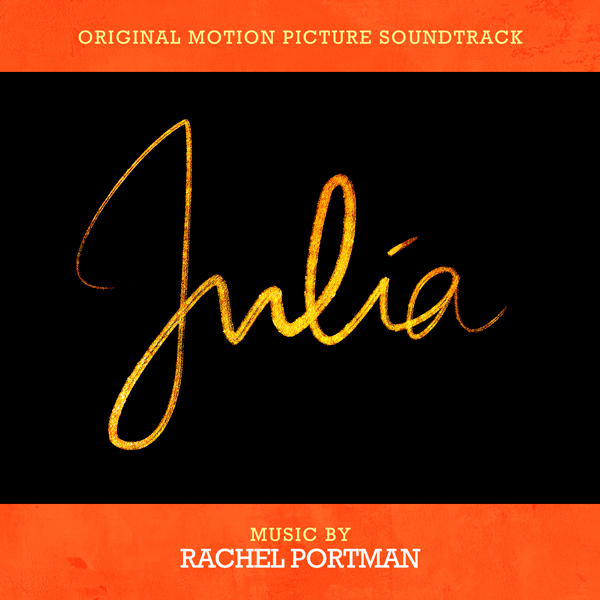 Check out Rachel Portmans interview for her Julia score at Film Music Institute.

Taste wistful strings, romping rhythms, accordion waltzes and emotion as gossamer as it can be aching, all finished on the symphonic stove with memorable themes and melody  Film Music Magazine

Julia brings to life the legendary cookbook author and television superstar who changed the way Americans think about food, television, and even about women. Using never-before-seen archival footage, personal photos, first-person narratives, and cutting-edge, mouth-watering food cinematography, the film traces Julia Childs 12-year struggle to create and publish the revolutionary Mastering the Art of French Cooking (1961) which has sold more than 2.5 million copies to date, and her rapid ascent to become the countrys most unlikely television star. Its the empowering story of a woman who found her purpose  and her fame  at 50 and took America along on the whole delicious journey.

Says Portman: I love that Julia Child clearly loved food so much. I think making food for others is one of the greatest gifts we can give. Theres definitely something in us that goes back to our earliest days on earth and being fed by our mothers. Food gives nurture and cooking for others is a way of giving love. Its nourishment for the soul.

What can be more delightful than writing music for such a character as Julia? The directors Betsy and Julie were up for having fun in the score and words such as bad ass, edgy, trapped housewives preparing Spam and Pineapple dinners, sex, sensuality, and nostalgia were used to describe what they wanted from the music. So, as well as the theme of food and love, I didnt shy away from being at times bold and funny with the score. At others it needed to be full of love and yearning. The film is a rich canvas for writing a score and I loved composing its music.

Cohen and West note: This is music as fresh as salad nicoise, as tender as sole meuniere, and as rich as chocolate ganache. Rachels luscious score hits all of the emotional notes we could have dreamed of to bring Julias story surging to life.

Born in West Sussex, Rachel began composing at the age of 14 and read music at the University of Oxford, where she became interested in writing music for student films and theatre productions. She gained experience writing music for drama in BBC and Channel 4 films, including Oranges Are Not the Only Fruit, Mike Leighs, Four Days In July and Jim Hensons Storyteller series.
Since then, Portman has written over 100 scores for film, television and theatre, including The Manchurian Candidate (Jonathan Demme), Oliver Twist (Roman Polanski), Beloved (Jonathan Demme), Benny and Joon (Jeremiah Chechik), Life Is Sweet (Mike Leigh), Never Let Me Go (Mark Romanek), Grey Gardens (Michael Sucsy), The Legend of Bagger Vance (Robert Redford), The Duchess (Saul Dibb), One Day (Lone Scherfig), The Lake House (Alejandro Agresti), Mona Lisa Smile (Mike Newell), The Human Stain (Robert Benton), Their Finest (Lone Sherfig), A Dogs Purpose (Lasse Halstrom), Mimi and the Mountain Dragon for the BBC and Godmothered (Sharon Maguire). Most recently Rachel wrote the score for the documentary Julia which chronicles the life of TV chef and author Julia Child, due to be released in 2021.

Rachel became the first female composer to win an Academy Award, which she received for the score of Emma (Douglas McGrath). She was also the first female composer to win a Primetime Emmy Award, which she received for the film, Bessie (Dee Rees). She has received two further Academy Nominations for The Cider House Rules and Chocolat (Lasse Hallström), which also earned her a Golden Globe Nomination as well as Bafta nominations for Oranges Are Not the Only Fruit and The Woman in Black. Rachel was BBC Radio 3s Composer of the Week in 2018
Rachel has written an opera of Saint Exuperys, The Little Prince for Houston Grand Opera as well as a musical of Little House on the Prairie. For the BBC Proms concerts, Rachel was commissioned to write The Water Diviner, a dramatic choral symphony and Earth Song, a commission for the BBC singers of a 20 minute choral piece. Rachel wrote an orchestral piece entitled Endangered performed at the World Environment Day Concert, at the National Centre for the Performing Arts, Beijing.

In 2020 Rachel released her first solo album Ask the River. Rachel is an honorary fellow of Worcester College, Oxford. She lives in London with her husband and three daughters.