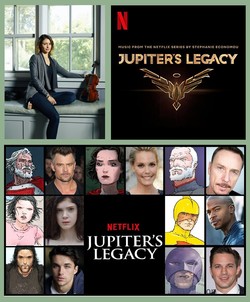 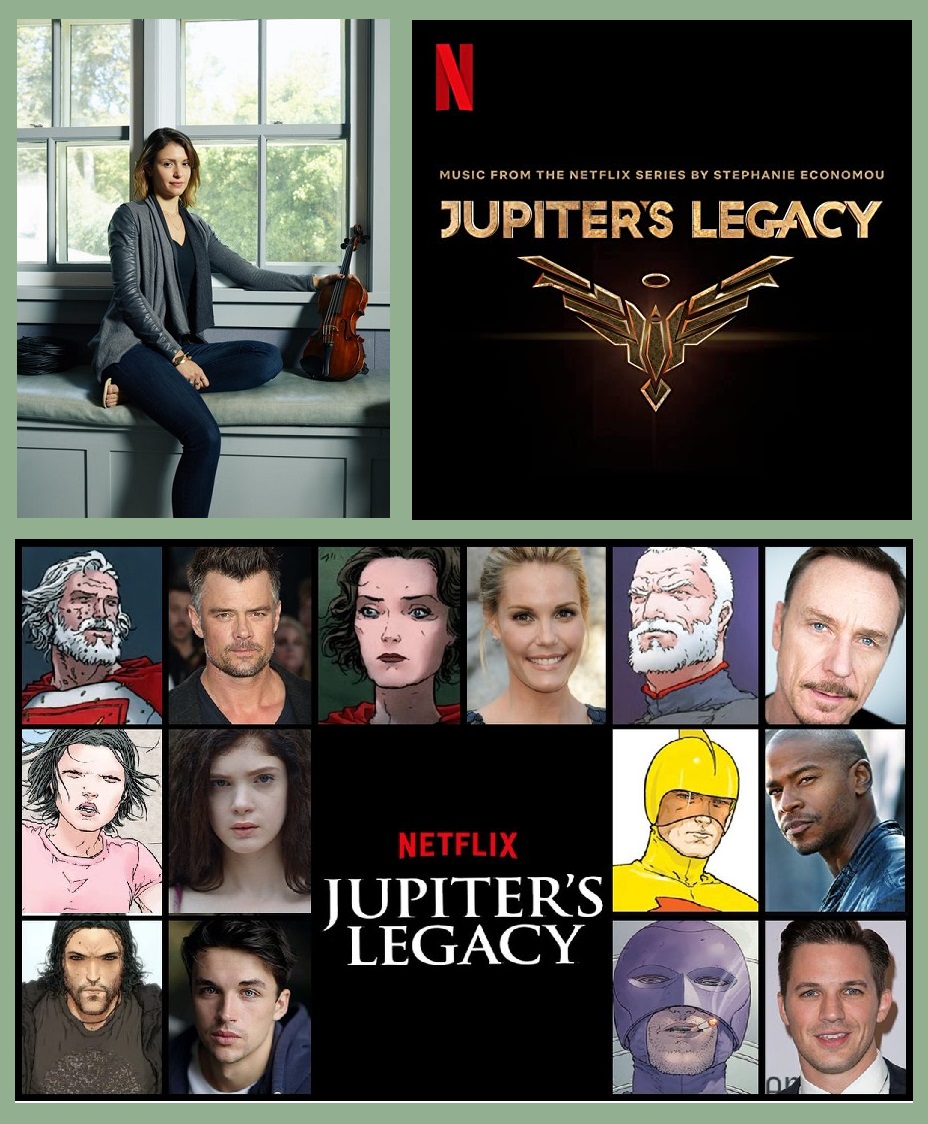 Milan Records announces the May 7, 2021 release of Jupiters Legacy (Music From The Netflix Original Series) by composer Stephanie Economou.

Available for preorder now, the album features score music written by Economou for the forthcoming Netflix superhero series based on the graphic novels by Mark Millar and Frank Quitely.
Also featured throughout the score are experimental and choral-style vocals with lyrics sourced from Mark Millars original comic book text, which Economou translated into Latin. Making its debut today alongside album preorder is the soundtracks lead single Union of Justice. Starring Josh Duhamel, Ben Daniels and Leslie Bibb, Jupiters Legacy debuts on Netflix Friday, May 7, 2021.

Of the soundtrack, composer Stephanie Economou says, , This first season of Jupiters Legacy offers staggering diversity in style, scale, emotion and time period, so I set out to create a musical landscape through which the score could expand and contract; kind of like a kaleidoscope.
This afforded me the opportunity to explore varied stylistic sound worlds, from hybrid orchestral to industrial rock to contemporary electronic. At a critical moment in the season, I composed a large-scale choral piece using two of the main musical themes: the heroic Union theme and what I call the quest germ, which is a cyclical sequence of notes that emerges as our adventure unfolds (Track 28: Jupiter's Legacy).
For the chorale, I decided to source the lyrics from the original comic series by Mark Millar and translated the text into Latin.
In order to make this pinnacle moment feel purposeful and impactful, I chose to unwind the choral idea by recording small modules of detuned, experimental vocals with the masterfully innovative singer, Ari Mason.
My objective was to have these fragmented vocal elements serve as a kind of musical breadcrumb trail, slowly and abstractly weaving itself into the fibers of the score, culminating in a grand declaration of our main Union theme with full choir at the climax.

About Stephanie Economou
Stephanie Economou is a composer and violinist based in Los Angeles, CA. Her early successes have emerged from her exploration and study of widely varying musical styles, including classical, experimental, folk and rock. Stephanies experience in film scoring extends from drama to action to comedy, which has demanded the synthesis of an electronic and acoustic musical palette. It is her uniquely hybridized compositional voice which has proven a valuable asset across a wide spectrum of visual media.

Stephanie is the composer of the Netflix TV series Jupiters Legacy, based on the comic series by Mark Millar. She has written the music for the Lionsgate/Starz series Step Up: High Water, as well as the second season of Manhunt: Deadly Games. Stephanie also scored two episodes of the Disney+ documentary series Marvels 616, directed by Gillian Jacobs and Alison Brie. Most recently, she has completed the score for the Assassins Creed DLC Siege of Paris.

Originally from Long Island, New York, Stephanie received her Bachelors degree in Composition from the New England Conservatory of Music and Masters in Composition for Visual Media from University of California Los Angeles. In 2015, she was chosen as one of six fellows for the Sundance Institute Composers Lab at Skywalker Ranch.
It was through this experience with the Sundance Institute that she felt her diversity as a woman in the film industry to be deeply fostered and celebrated. As a resident board member for The Alliance for Women Film Composers, Stephanie considers the empowerment of women in film an exceedingly necessary platform, and strives to make her voice, as well as other female voices in the industry, heard.