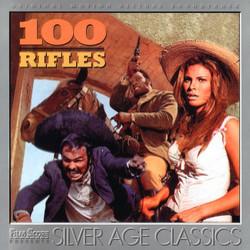 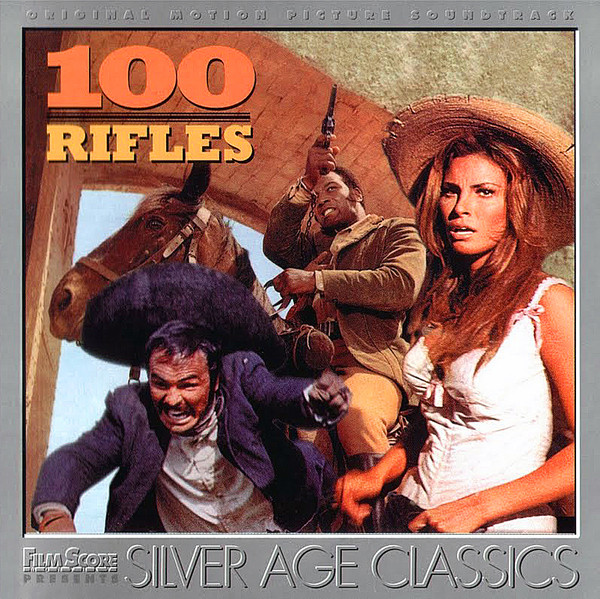 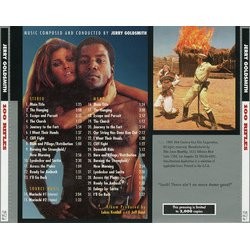 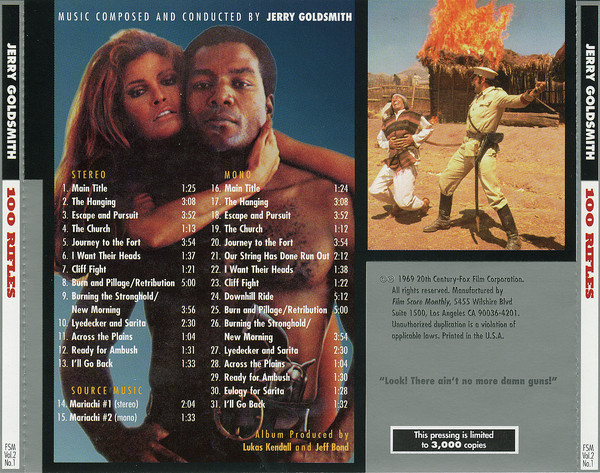 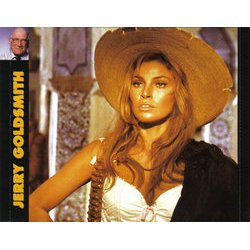 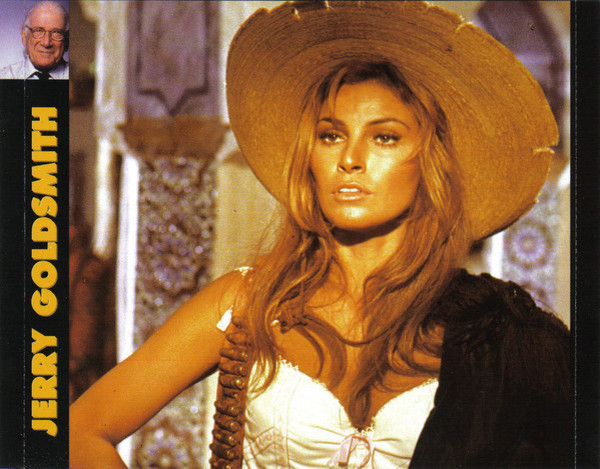 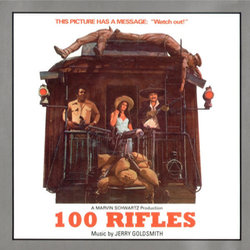 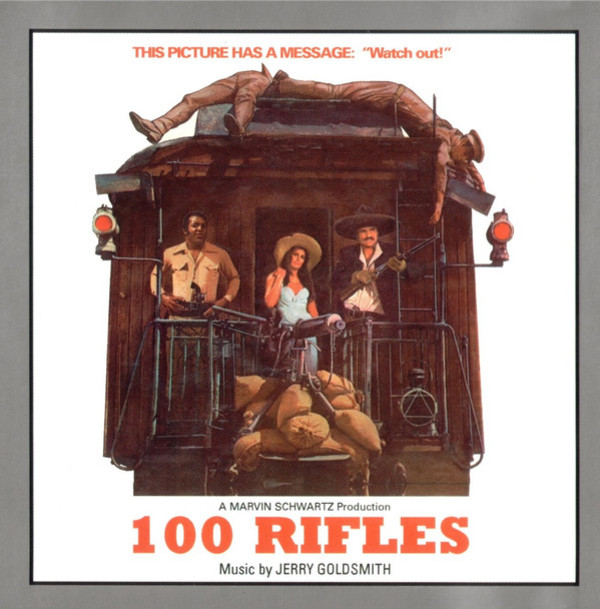 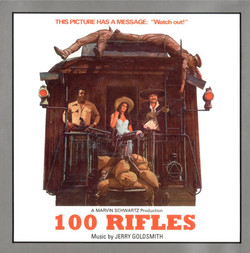 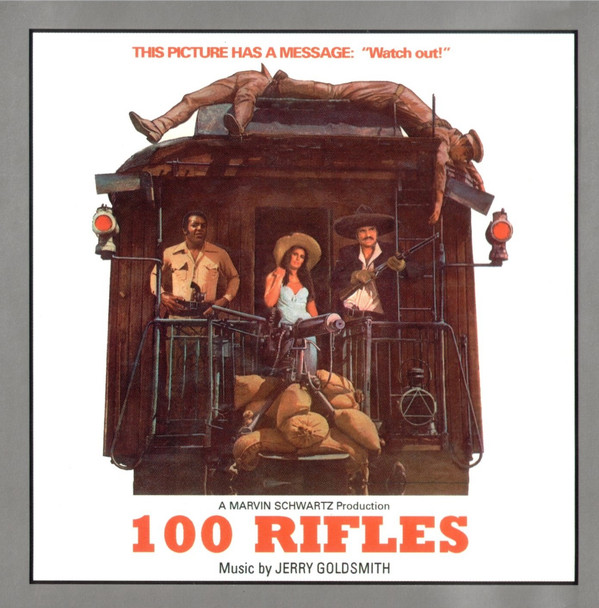 It's that time again, for us to make available our latest limited edition soundtrack CD from the glorious 'Silver Age' of film music, roughly defined as the late 1950s through the mid-1970s. This is an explosive Jerry Goldsmith western score from the 20th Century Fox archives, 100 Rifles (1969), commercially unavailableuntil now!

It's that time again, for us to make available our latest limited edition soundtrack CD from the glorious 'Silver Age' of film music, roughly defined as the late 1950s through the mid-1970s. This is an explosive Jerry Goldsmith western score from the 20th Century Fox archives, 100 Rifles (1969), commercially unavailableuntil now!

Hopefully, longtime Goldsmith fans will be drooling at the mere mention of the title, 100 Rifles. For the uninitiated, this is a South-of-the-Border adventure starring Burt Reynolds, Jim Brown and Raquel Welch. The score takes Goldsmith's western style from Rio Conchos, Bandolero! and Hour of the Gun and elevates it to a new level of excitement and aggression, with Goldsmith's avant garde sensibilities blending brilliantly with Mexican gestures.

The main title alone is a robust tune for horns counter-balanced by mariachi rhythms and effects that ends in an audacious brass flourish. The rest of the score maintains the energy level and should be pure ear candy for Goldsmith aficionados: it flows with memorable melodic nuggets at the same time as it rattles with prepared piano, unusual percussion and even an Indian sitar. Goldsmith fans are well aware of the composer's genius for using instruments in weird ways and in the extremes of their ranges, especially brass; 100 Rifles is full of such bellicose outbursts.

This FSM release presents the 100 Rifles score not once but twice: first in stereo, with all but three cues (which were lost) newly remixed at 20th Century Fox; and then in mono (complete) from the original mix made for the film. Yes, this sounds silly, but if it was totally stupid we wouldn't be doing it. Each mix has its pros and cons: the stereo mix is, obviously, stereo, but the mono mix contains nuances and sweeteners (not to mention the three lost cues) which are no longer unavailable. Rather than switch back and forth between sources, we have decided to give all of the mixes to you, to decide which you prefer. It's sort of '200 Rifles'!

It's not often that we say, trust us, you'll like this CD, but this is one heaping helpin' of Mexican morsels that will fill you with delight. It's a complete Jerry Goldsmith score (twice!) from his glory days of the late '60s, and both mixes of the score are in excellent sound quality. The 16-page booklet features photos from the 20th Century Fox archives and liner notes by Jeff Bond, Doug Adams and Lukas Kendall.

What to say about Jerry Goldsmith (1929-2004), the reason so many of us are soundtrack collectors in the first place? The Los Angeles native knew early on he wanted to write music for the movies, had an extensive training in television in the 1950s (starting at CBS), and went on to an unparalleled career in the moviescapable of brilliance in every genre, and beloved by his peers and fans. FSM has released as many of his scores as we could get our hands on, from classic TV work like The Man From U.N.C.L.E. to famous features (Patton) and obscure gems like The Illustrated Man and 100 Rifles...heck, make that all of them. Jerry, we love you and miss you! IMDB