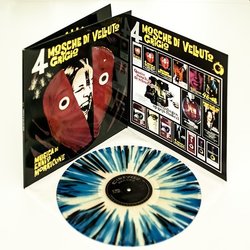 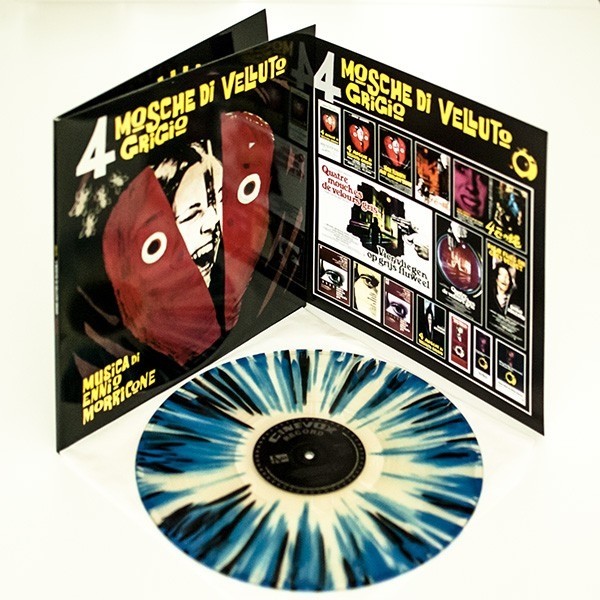 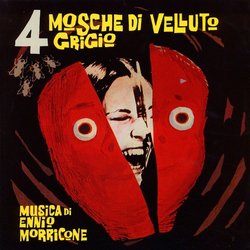 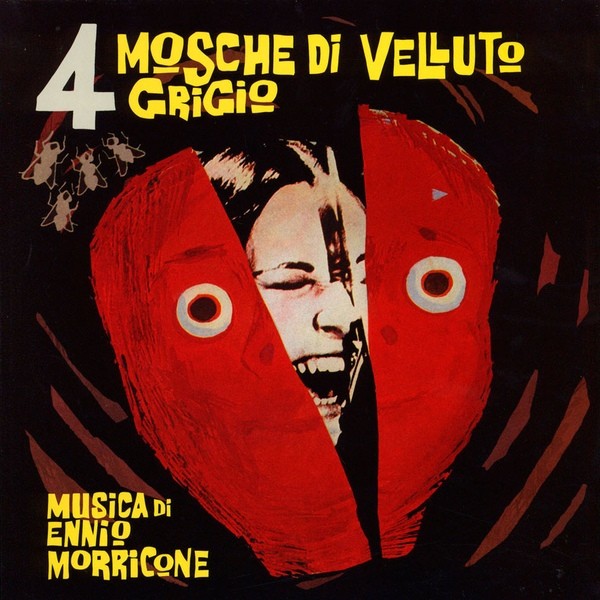 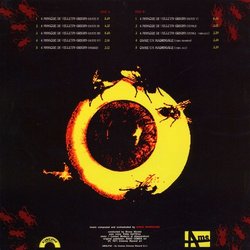 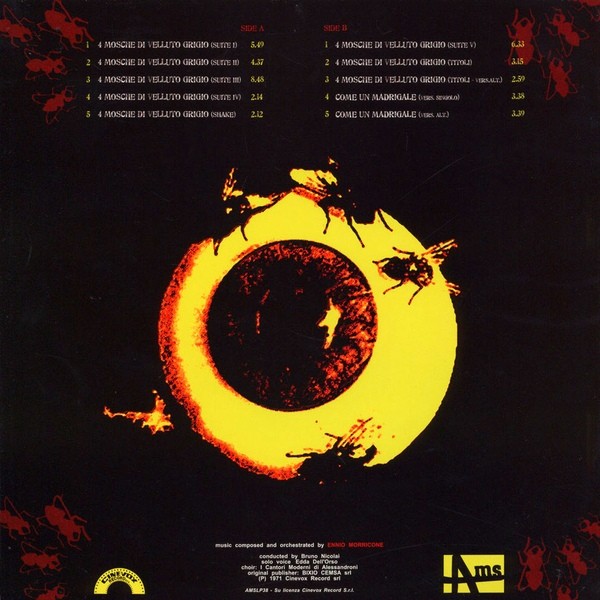 Limited edition 100 coloured splatter copies + poster!
Another AMS Records exclusive, another Cinevox rarity, this time brought forth over 40 years ago by the genius of Ennio Morricone, in the heyday of Italian underground cinema, years when true masterpieces were made, often innovative from various points of view (plot, photography, colors, settings, screenplay...).'4 Mosche di Velluto Grigio' (4 Flies on Grey Velvet) ends the so-called 'animal trilogy' by Dario Argento, and sees the director in an absolutely inspired moment, yet probably unconscious that he'll leave an indelible mark in the history of world cinema with his following works. This movie, for some reasons, was never officially released on videotape - apart, perhaps, in an obscure French edition - and only recently has finally been issued on optical disc, while from the soundtrack only released a 45rpm single was pressed at the time, before it was fully recovered in the '90s.In '4 Flies ...' Morricone wrote one of his most 'rock-oriented' soundtracks -without of course neglecting his indelible touch - also thanks to the fact that the protagonist of the film is a rock drummer. You hear echoes of Deep Purple, not surprisingly given that Argento wanted them as the first authors of the movie score, and it is no coincidence that his most famous film istitled... Deep Red.
Another great reissue in gatefold LP format for collectors and soundtracksenthusiasts!