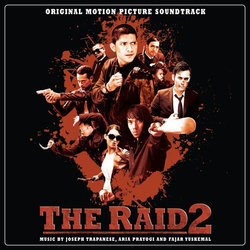 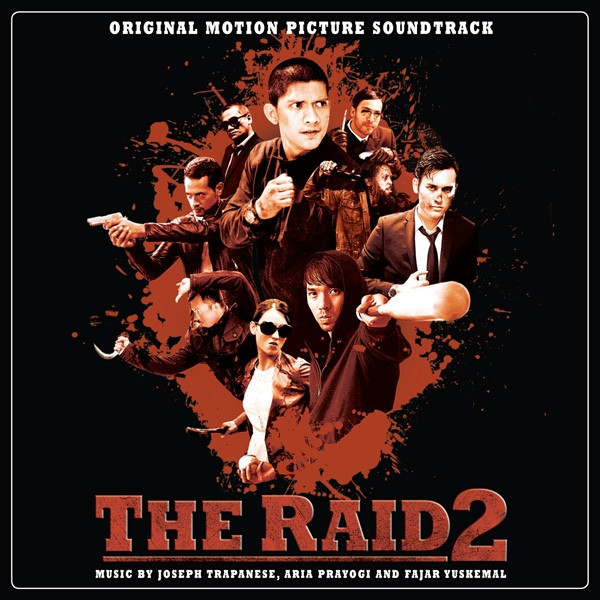 Limited edition 24 track CD includes 62 minutes of score plus an original song ( Hush )
written and performed by Indonesian Jazz Artist Arti Dewi. The CD is packaged in a deluxe gatefold
mini-LP jacket plus a 12-panel poster insert packed with character profiles and images from the film.

Scheduled for a theatrical release in the United States by Sony Pictures Classics on March 28, 2014, THE RAID 2 picks up right
where the first film left off and follows Rama (Iko Uwais) as he goes undercover and infiltrates the ranks of a ruthless Jakarta
crime syndicate in order to protect his family and uncover the corruption in his own police force.

The sequel to the 2012 action-thriller crime story, THE RAID 2 picks up where its predecessor left off, delivering even more of
the edge-of-your-seat action, grit and over-the-top violence that made RAID:REDEMPTION a hit with both
fans and critics alike.