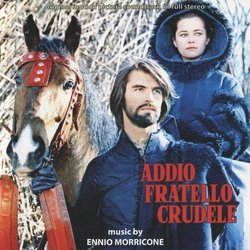 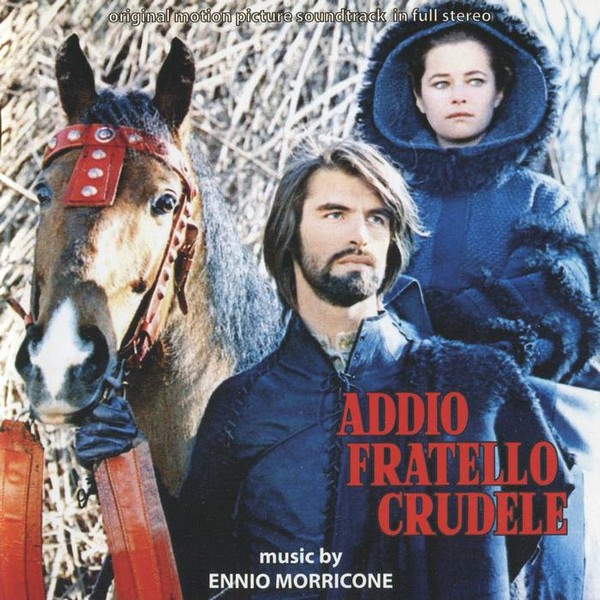 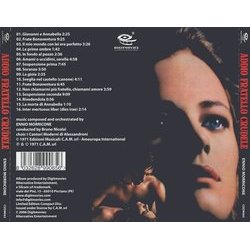 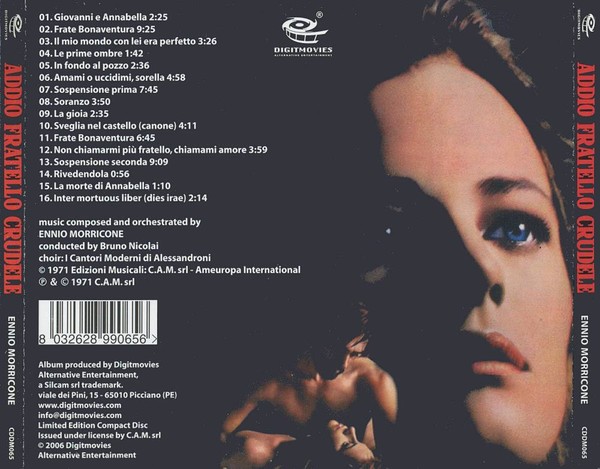 Digitmovies proudly presents the long awaited CD release of M░ Ennio MorriconeÆs score for the movie äAddio fratello crudeleö (äÆTis pity, sheÆs a whoreö) directed in 1970 by Giuseppe Patroni Griffi, one of the most versatile artists to emerge from the Italian film industry in the last century (he sadly passed away a year ago, in 2005 December). Director/writer Patroni Griffi freely adapted his screenplay from Shakespeare contemporary John Ford's Jacobean tragedy written in 1627. The movie ¢ stunningly photographed by Vittorio Storaro ¢ features a first rate international cast: the British born iconic beauty Charlotte Rampling (playing the role of Annabella), Oliver Tobias (as Giovanni), Italian actors Fabio Testi (as Soranzo) and Antonio Falsi (as Frate Bonaventura). This CD project was made possible thanks to the generous cooperation of C.A.M. (in whose archives the original stereophonic master tapes have been preserved) and to Maestro Ennio Morricone himself who authorized every selected track and supervised the production. During the filmÆs theatrical release (1971-72) only a 45 rpm single was released in Japan, while the first long play album containing 9 selections (with appr. 32 minutes playing time) appeared only in the year of 1979 in France (coupled with MorriconeÆs score ōIncontroö). This premier CD release contains all but one of the album tracks (M║ Morricone decided not to include here the simplistic piece ōTassiloö) and 8 tracks that have never been released before. MorriconeÆs medieval flavoured score is rich in haunting melodies and brilliant orchestration ideas. The main theme ōGiovanni e Annabellaö ¢ certainly one of the most beautiful love themes Morricone ever composed ¢ opens the movie and our disc as well: after a peaceful harp introduction the heart-touching melody played by oboe describes perfectly the intense but hopeless love between brother and sister. The love theme is reprised several times throughout the score (tr.6, tr.9, tr.12, tr.14, tr.15). Fragments of this particular motif reappear in the long, meditative piece ōFrate Bonaventuraö (apart from the original album version (tr.11) a longer unreleased version (tr.2) is also included here) where Morricone brilliantly incorporates in his music also the notes of the famous chant ōDies Ireaeö (often cited in M║ MorriconeÆs compositions). Noteworthy is the use of choir (Cantori Moderni di Alessandroni) and the famous ōMorriconianö layered strings. Another jewel of the score is the theme written for SoranzoÆs character (tr.8). Its first part is a musical portrayal of the arrogant nobleman, while the second part (for oboe, bassoon, flute then enhanced by choir and orchestra) accompanies the wedding night love scene, one of the artistic highlights of Italian cinema, photography and music. GiovanniÆs suffering and pain caused by forbidden love is reflected in the sacral piece ōIn fondo al pozzoö (tr.5). The score is enriched with period music such as the quiet, low-key composition for guitar and recorder (tr.3) and the delicious canon (tr.10). In contrast to the melodic tracks, Morricone also recorded some experimental compositions (tr.4, tr.7, tr.13) that were not used in the final cut of the movie. The concluding requiem finely performed by I Cantori Moderni (tr.16) emphasizes the tragic ending: uncompassion and death.